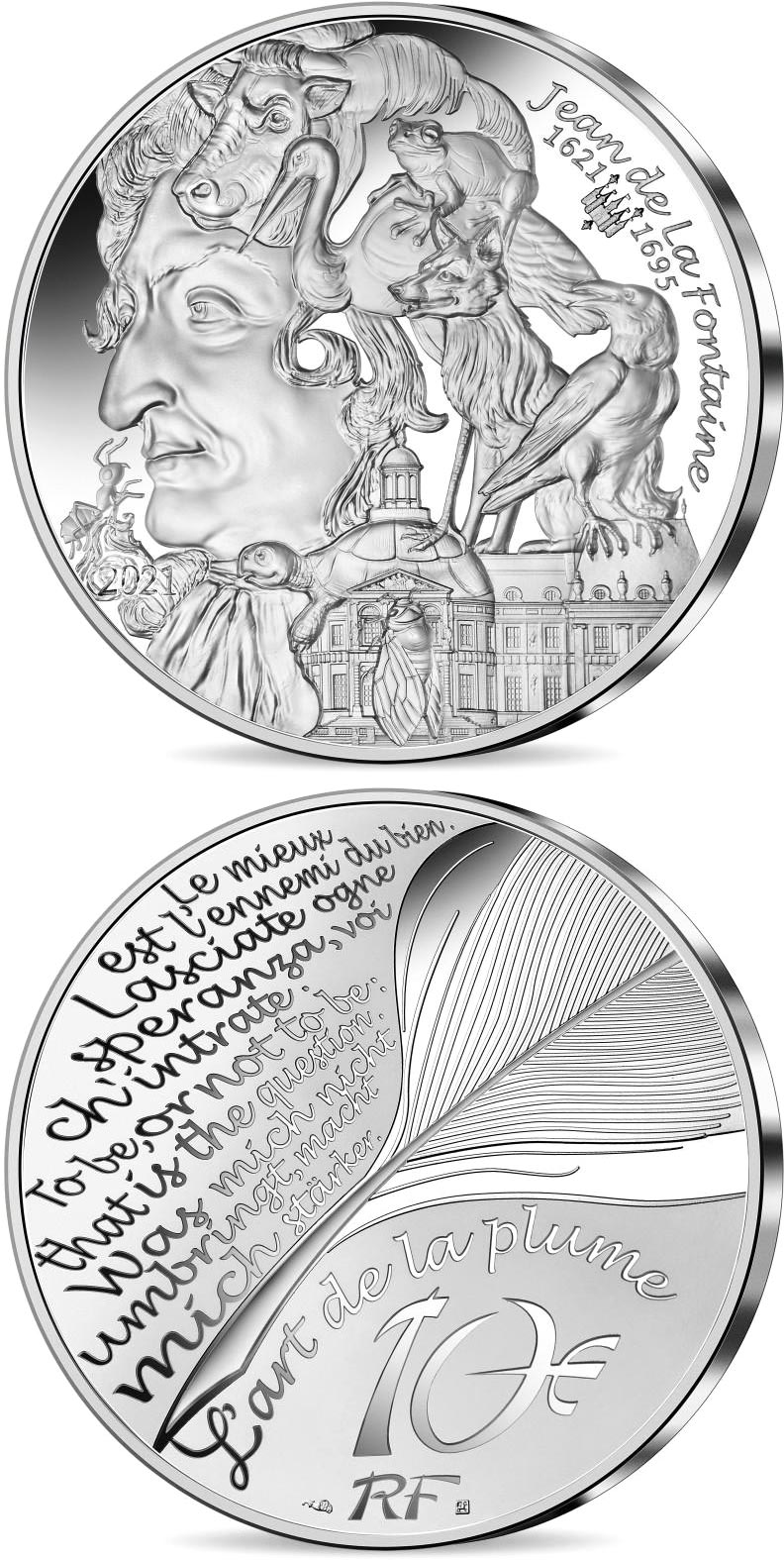 In 2021, Monnaie de Paris is inaugurating a new series based on literary styles and authors who have marked the history of literature in France and abroad. On the occasion of the 400th anniversary of his birth, Monnaie de Paris pays tribute to Jean de La Fontaine, the greatest French fabulist and member of the Académie française. Through his texts, Jean de la Fontaine still fascinates us today by using animals to represent the great traits of human character. Dedicated to the Dauphin Louis of France, Jean de la Fontaine leaves us a literary legacy of more than 250 fables as well as numerous collections of stories and poems. On this side, the portrait of Jean de La Fontaine, the most famous French fabulist, is shown in profile. In the background, some of the animals in his famous fables blend in with his hair: the frog and the ox, the stork, the wolf, the raven and the fox, the cicada and the ant and finally the turtle. We discover them little by little like a visual trick. We can also see the castle of Vaux-le-Vicomte, a reference to his friendship with Nicolas Fouquet, the owner of the castle at the time. His dates and the name of Jean de La Fontaine, as well as the coat of arms of Château-Thierry, his birthplace where he spent part of his life and which inspired the animals in his fables, are engraved to the right of the drawing. The reverse side is common to the entire "Art of the Pen" series." Several emblematic quotations are inscribed on it, such as Voltaire’s “Le mieux est l’ennemi du bien", Dane Alighieri's "Lasciate ogne speranza voi ch'intrate", William Shakespeare's "To be or not to be: that is the question" or Nietzsche's "Was mich nicht umbringt, macht mich stärker". A feather is engraved in the center of the coin and underneath the title of the serie. The mention "RF" is designed at the bottom right of the coin as well as the hallmark of Joaquin Jimenez. 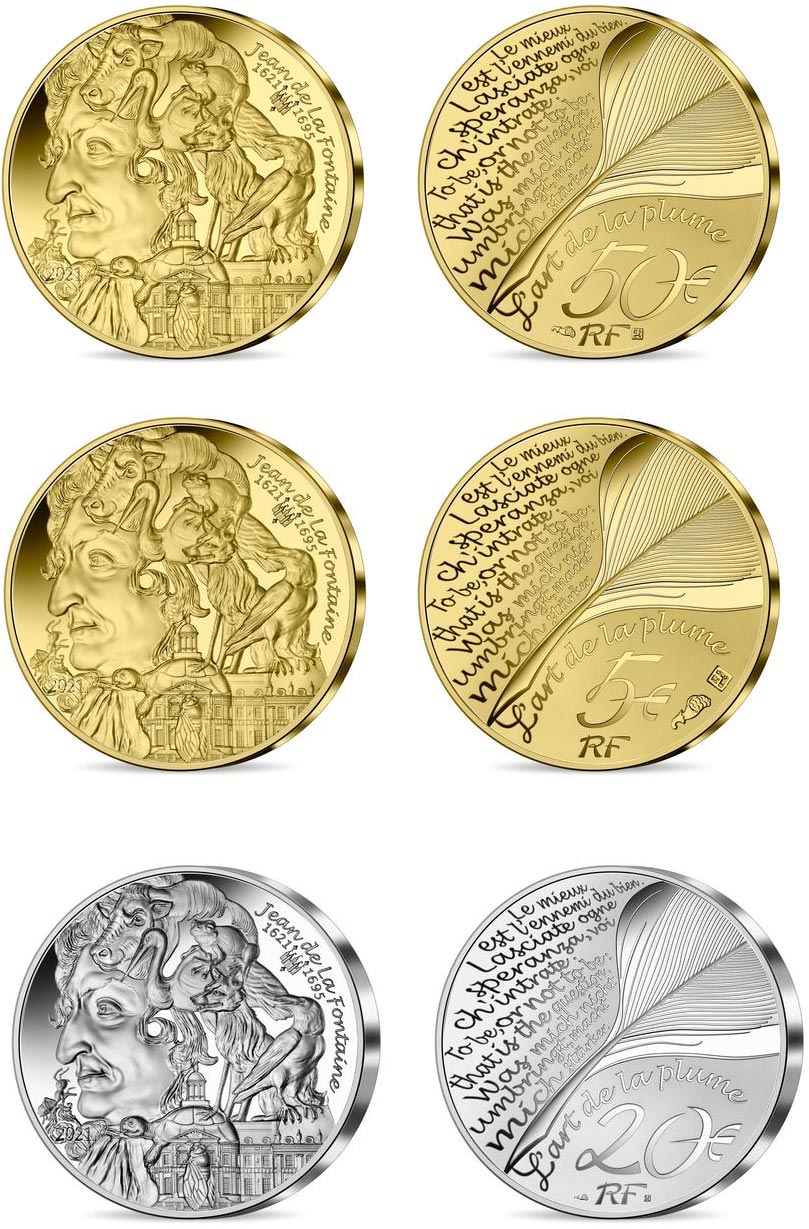