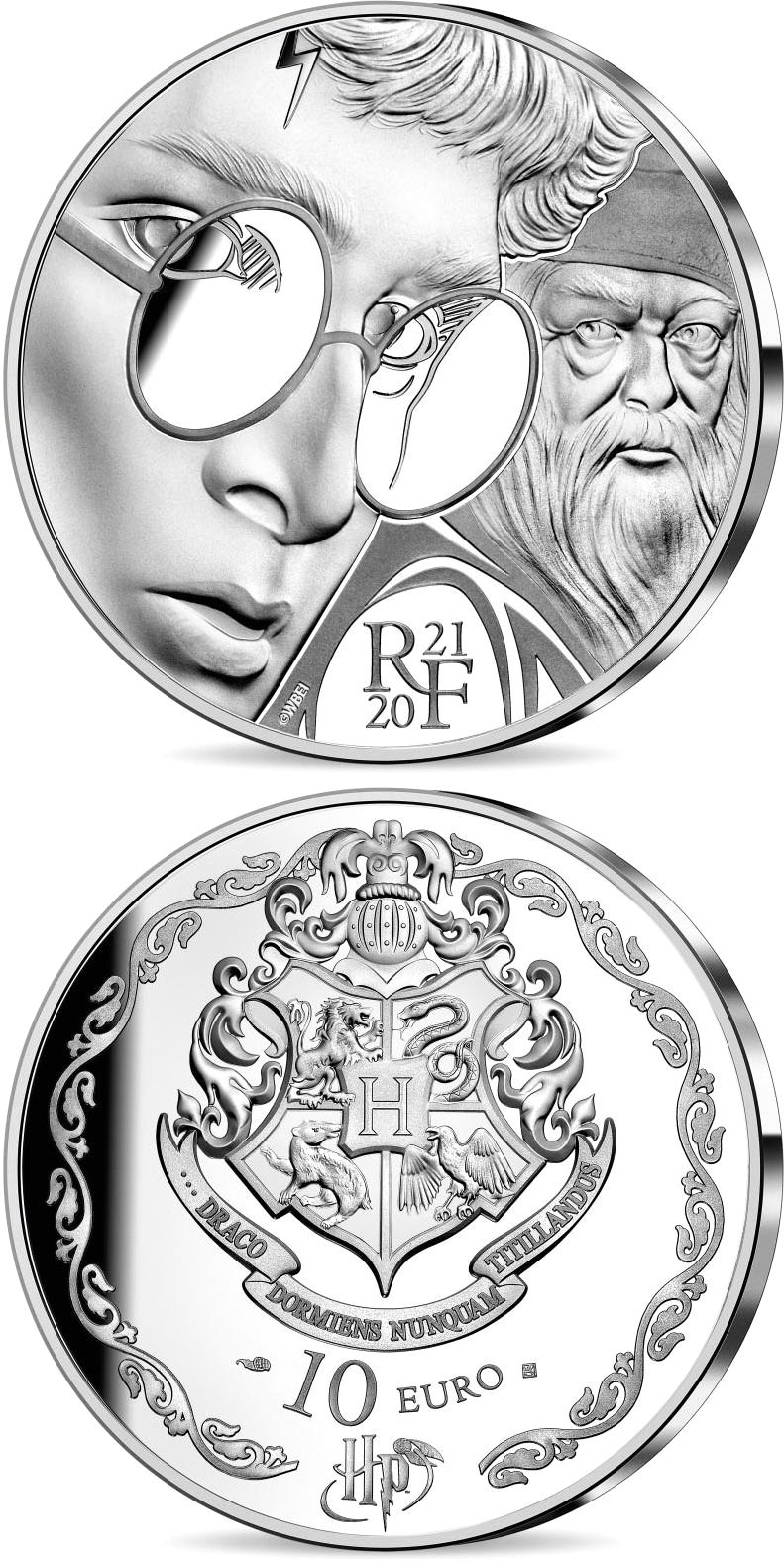 In 2021, Monnaie de Paris paid tribute to this major literary and cinematographic work by minting a collection of coins and medals dedicated to Harry and the wizarding world. What would Harry Potter be without his glasses and his scar!? The obverse of this coin pays tribute to the most famous wizard, alongside the powerful Albus Dumbledore, Headmaster of the Hogwarts School of Witchcraft and Wizardry. The reverse side of this coin is engraved with the coat of arms of the Hogwarts School of Witchcraft and Wizardry. The animals of the four houses are shown here above the school's motto: "Draco Dormiens Nunquam Titillandus" meaning "Don't tickle a sleeping dragon". Underneath the coat of arms is the face value as well as the Harry Potter logo. The coat of arms is also colored on the 50€ 5oz Silver coin. 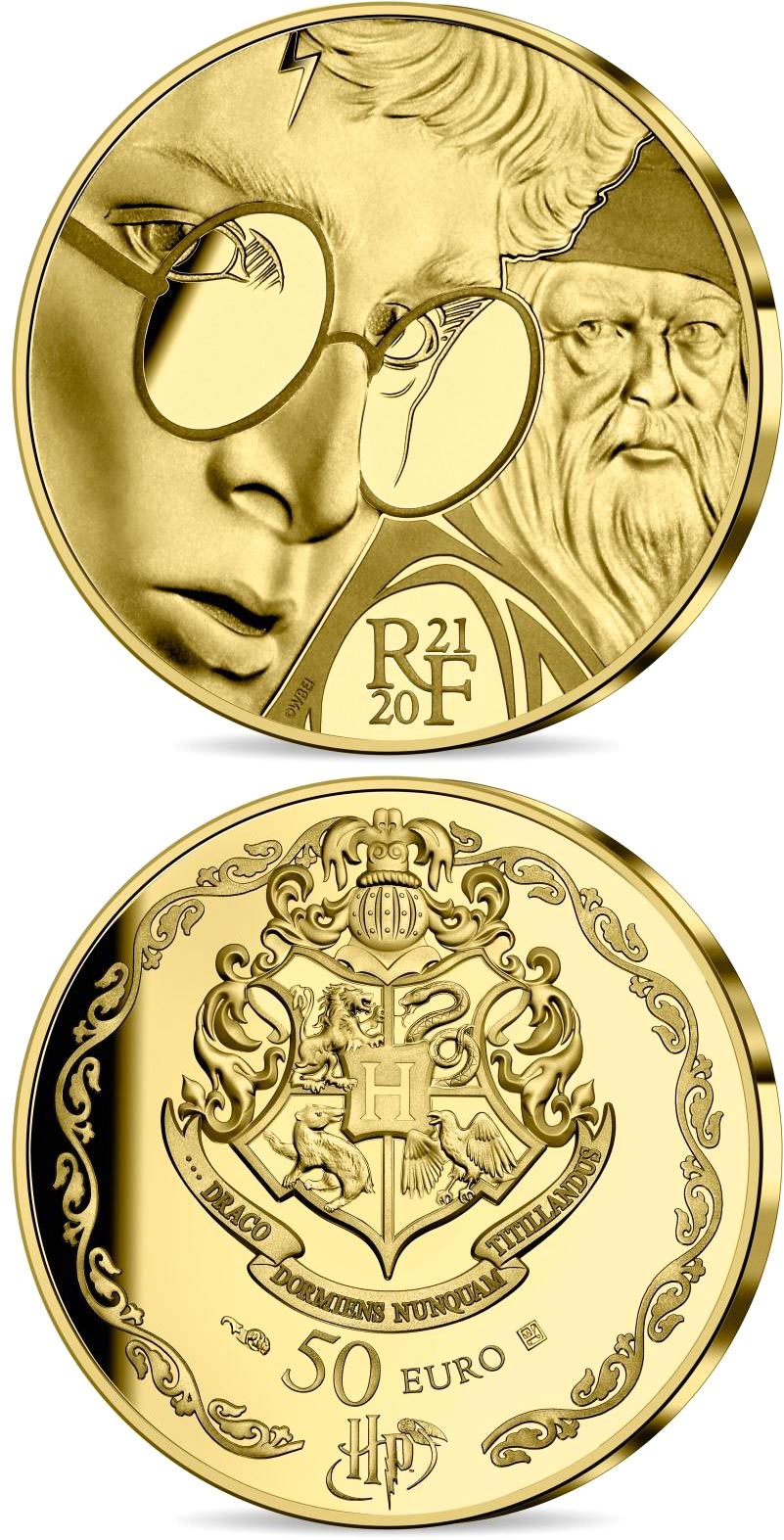