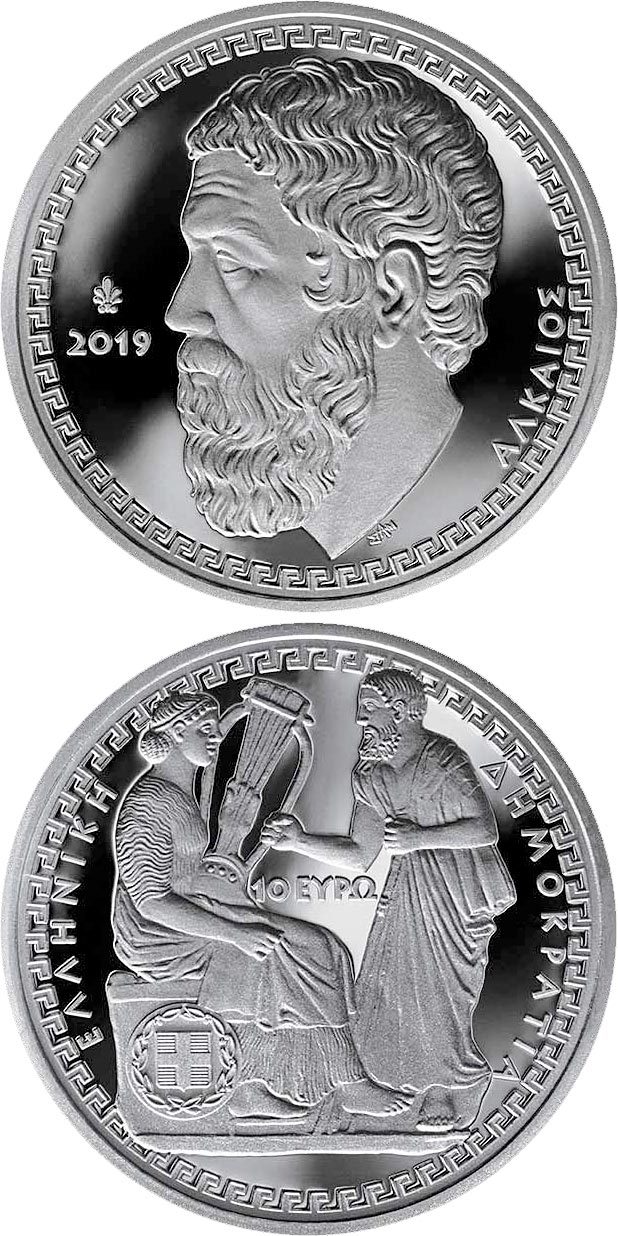 Alcaeus of Mytilene (ca 620 - 6th century BC), a contemporary of Sappho, was one of the canonical nine lyric poets of ancient Greece. He composed monodies in the local Aeolian dialect, of which only fragments survive. Born into an aristocratic family, Alcaeus lived through turbulent times, marked by a challenging of traditional aristocratic power, frequent political changes and a rise of tyrants. Alcaeus took active part in these conflicts and, for this, was exiled. Thus, much of his poetry is political, with virulent attacks on his opponents. He also wrote hymns to gods, love poems, as well as drinking songs, for which he was famous. His style was praised in ancient times for its dynamism, conciseness, vigour and rhythm. His drinking songs were, in particular, greatly admired and imitated by Horace.