The obverse depicts a victorious rooster wearing a jersey that sports the French Football Federation logo. Above his head, 2 stars for the 2 world titles! The blister shows a picture of the victorious French Team. It bears the new logo of the French Football Federation as well as the logo « Fiers d’être bleus ».Official Mintage to be announced at the end of the subscription. 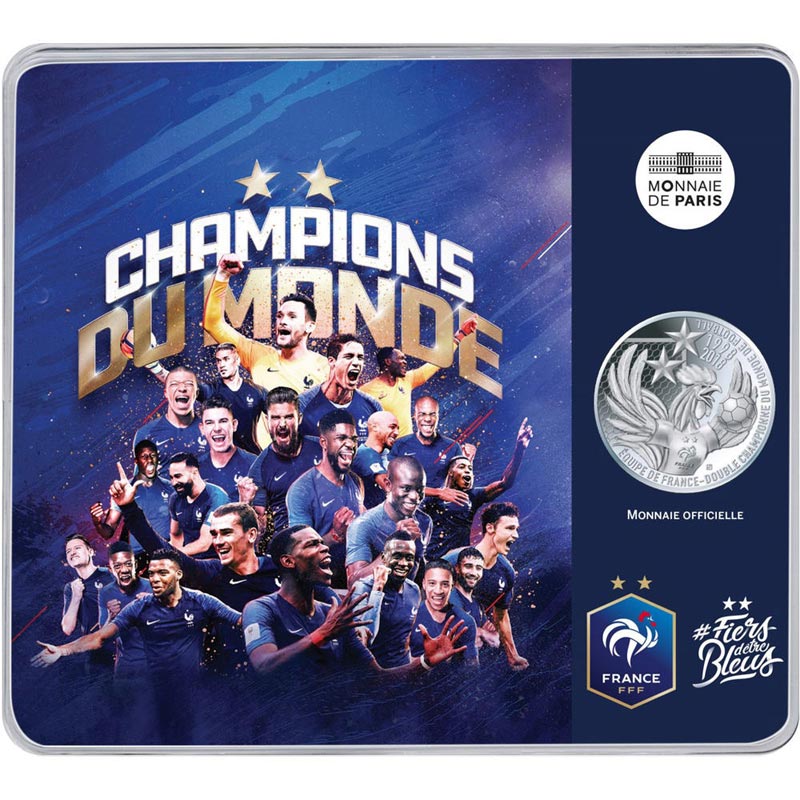