2019 celebrates the 50 years of the First Step on the Moon. Named Apollo 11, this mission has been settled by the NASA. It was organised on the 20th of july in 1969. For the first time, humans landed safely on the moon. It was a victory for the United States and for Mankind. Among the crew members, was Neil Armstrong. This man was both the captain of the mission and Lunar Module pilot. On the 10 € Silver coin, the scene is sublimated by the blue resin which is inserted in a very large hollowed area. Each coin is perforated leaving the scenery as suspended in the middle of the blue, representing the Universe and its infinite expanse. A source of light placed behind this blue surface gives all the brightness, the depth and the sublimation of the earth clear view to this novel coin. The handcrafted aspect of this coin is also to be emphasized, each 10 € coin is unique with a deposit of resin of its own, echoing the perpetual movements of the stars in the Universe. There is literally not a face and reverse but a Moon sight and an Earth sight.
50 euro silver coin 50 mm 250 pcs
50 euro gold coin 22 mm 500 pcs
200 euro gold coin 37 mm 250 pcs 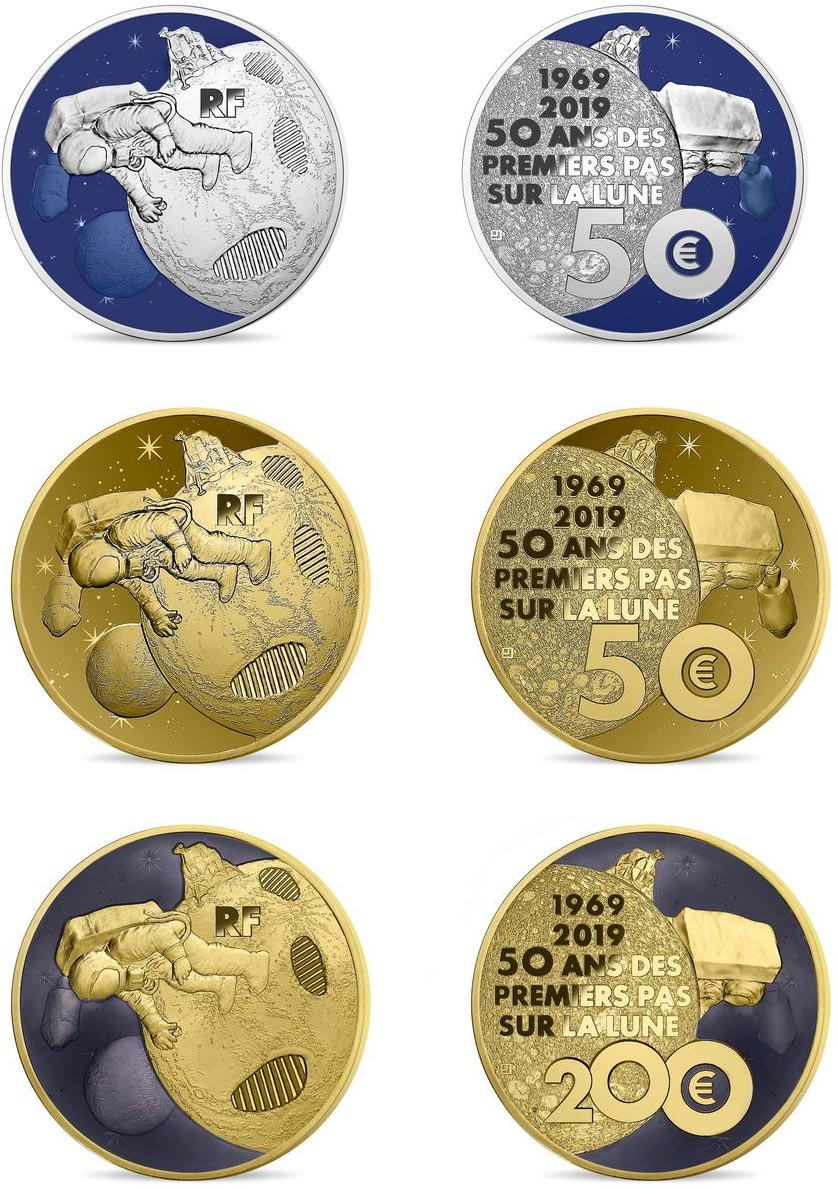