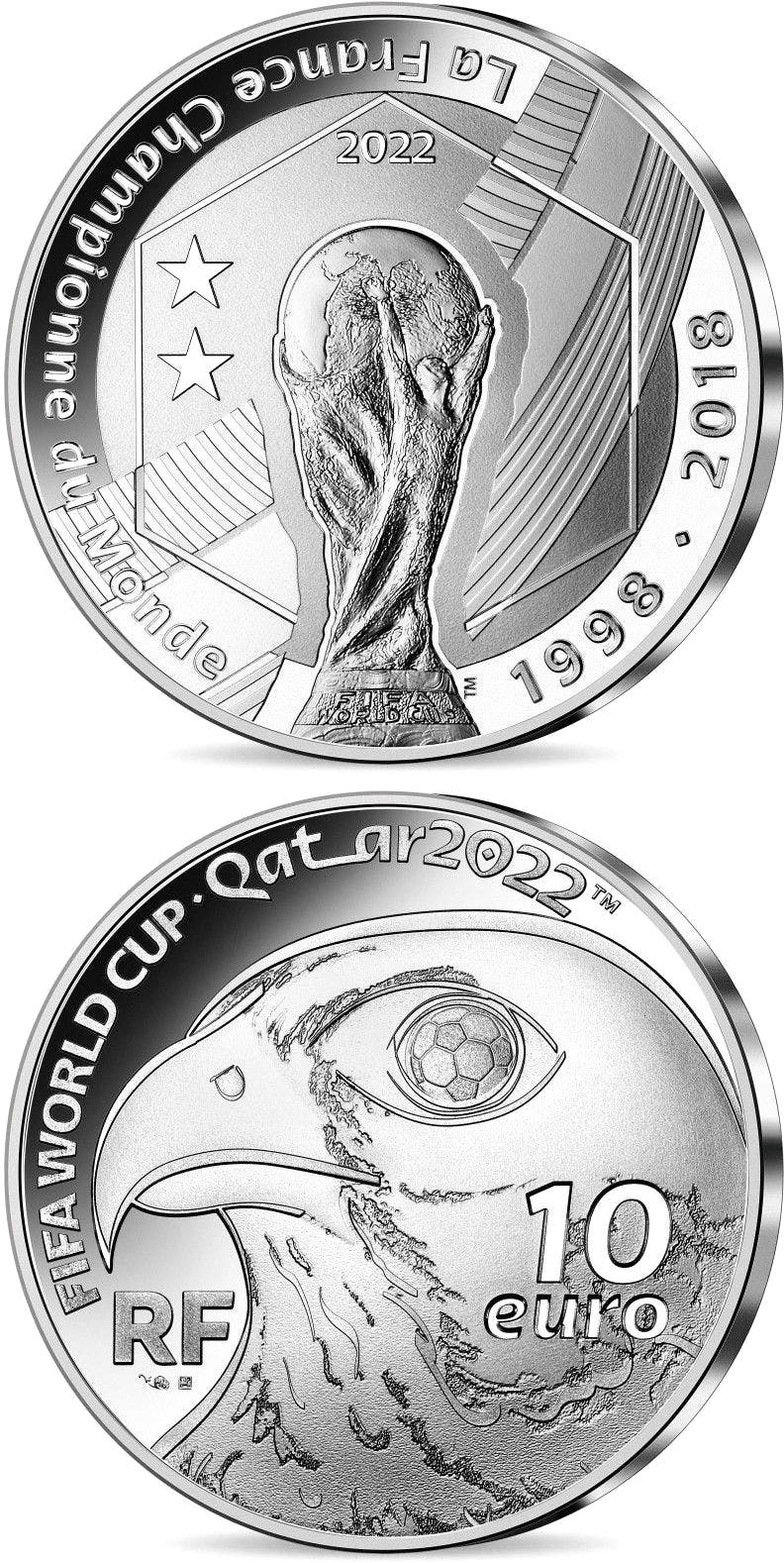 Founded on 21st May 1904, the Fédération Internationale de Football Association (FIFA) manages and develops football throughout the world. The first edition of the football World Cup was organised in France in 1928, bringing all together the international federations recognised by FIFA. Taking place for the first time in an Arab country, the 22nd edition of the FIFA World Cup will be held in Qatar from 21st November to 18th December 2022. The 22nd edition of FIFA World Cup takes place in Qatar. This edition is unprecedented for many reasons : it is both the first time that a country from the Arab World is chosen as a host country and that the competition takes place in November and December, in order to counterbalance the hot climate during the usual period. This coin pays tribute to the two victories of the French national team at the FIFA World Cup, respectively in 1998 and 2018. The official trophy of the competition is at the centre of the coin, crossed by a heraldic representation of the French flag. A falcon, the national animal of Qatar is represented on the reverse: with a hooked beak and a sharp vision, it is a symbol of power and nobility. A football is within its eye. 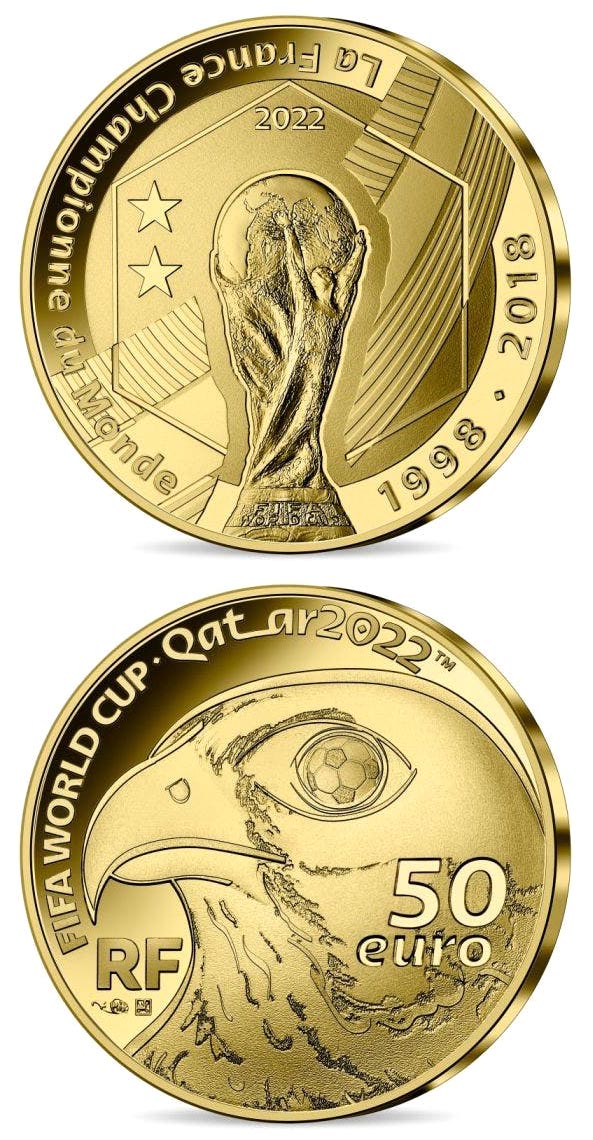