10 euro - Arrival of Washington in Boston 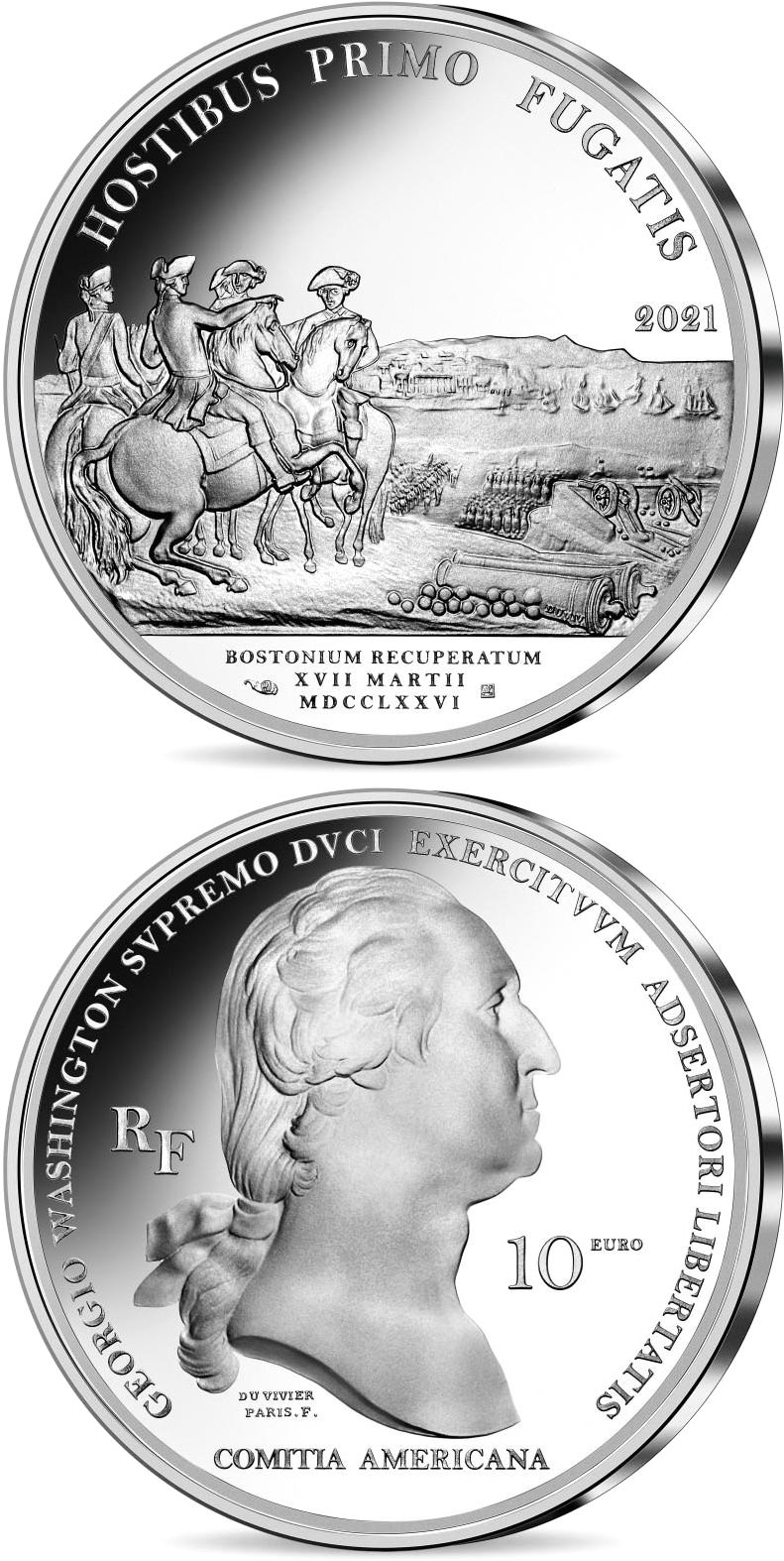 The designs of the coins are directly inspired by historical products published by Monnaie de Paris: old medals from our archives. This sub-theme is part of the Great Dates of Humanity theme which began in 2019 with the fall of the Berlin Wall, the First Step on the Moon and the Dday. In 2020, Monnaie de Paris began the series “History of US Independency" with the arrival of La Fayette in Boston. This year, we have decided to represent the arrival of On the obverse, an undraped bust of George Washington facing right. Below the bust is the artist's name, "Duvivier Paris F". The engraving is taken from an old medal struck by Monnaie de Paris, which gives the coin authenticity. At the bottom of the coin is inscribed "COMITIA AMERICANA", which in Latin means "The American Congress". All around the coin, the inscription "GEORGIO WASHINGTON SVMPREMO DVCI EXERCITVVM ADSERTORI LIBERTATIS" is present, which can be translated as "The American Congress to George Washington, General-in-Chief of the armies, the defender of freedom". On the reverse side, we can see Washington, on Dorchester Heights, leading its four officers on horseback towards the city of Boston. To the right of the coin are a fort, cannons and cannonballs lying on the ground. Washington points to the British ships fleeing the city. At the top of the coin, the inscription "HOSTIBUS PRIMO FUGATIS" can be translated as "For the first time, the enemies are on the run.» At the bottom, we can see the inscription "BOSTONIUM RECUPERATUM / XVII MARTI / MDCCLXXVI" which can be translated as "Boston taken over on March 17 1776". 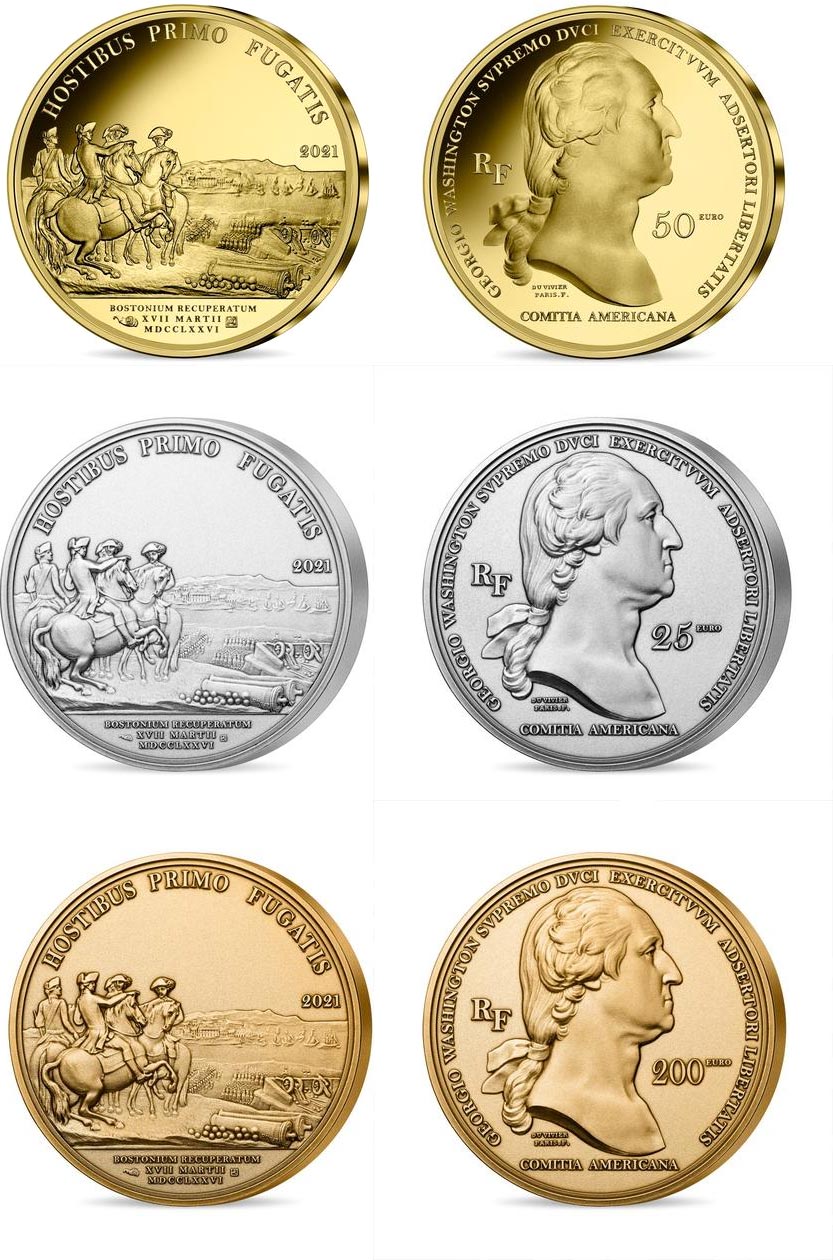