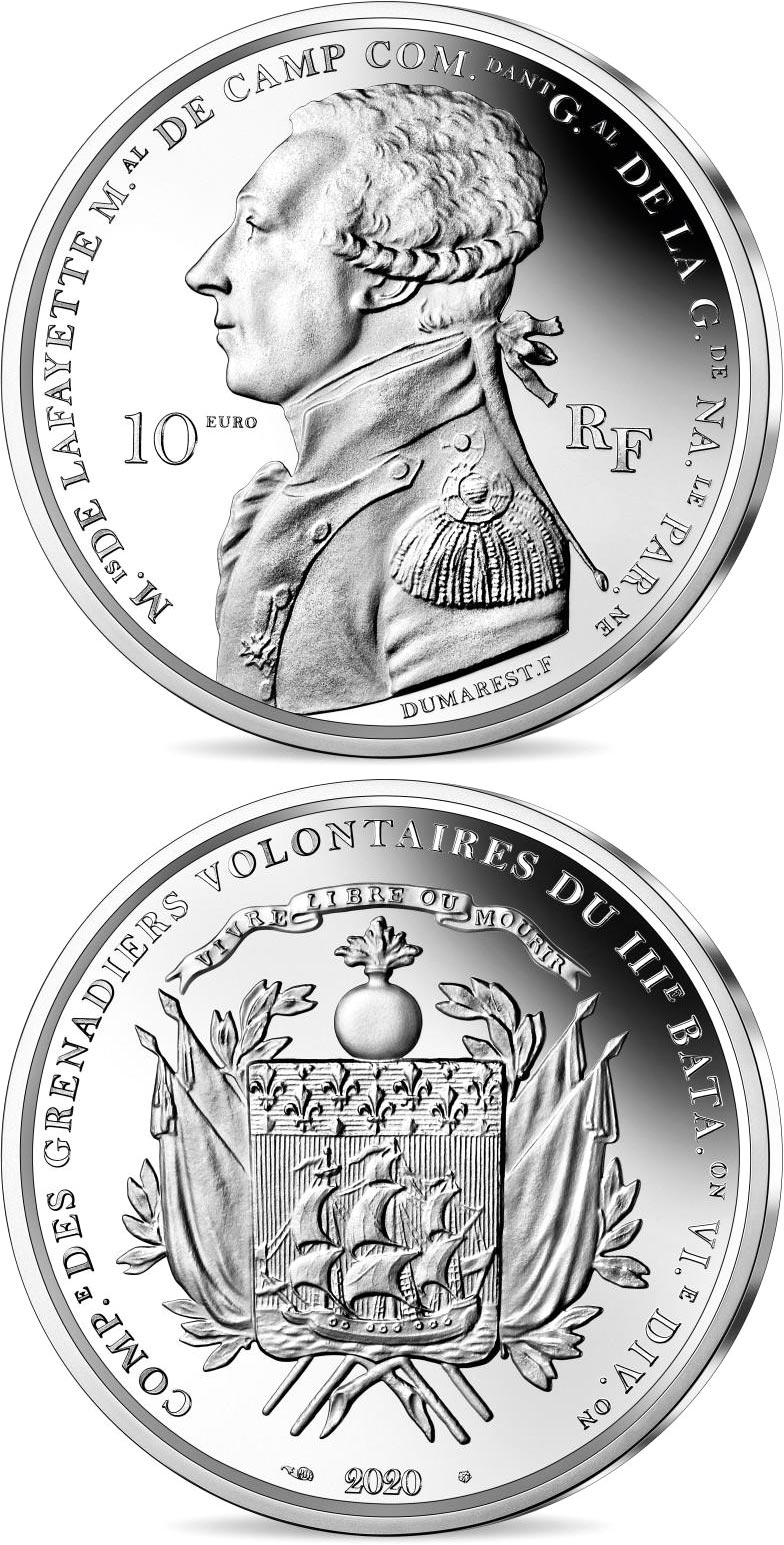 Starting in 2020 Monnaie de Paris will retrace the history of American Independence through a collection of collector coins The year 2020 marks the 240 th anniversary of the arrival of the Marquis de La Fayette in Boston aboard the frigate Hermione. La Fayette came to help the American settlers, led by George Washington, taking 6 000 men with him This event was the driving force behind the victories that led to the Independence of the United States The design of these coins is similar to that of an old medal. The obverse represents the portrait of the Marquis de La Fayette in profile, in the same way as the coins of the Monarchy or the Empire were presented. The reverse represents in the center a coat of arms composed by the visual of the Hermione, the frigate used by the Marquis de Lafayette to travel from France to Boston On the upper part of the coat of arms are fleurs de lys echoing the monarchy The coat of arms is surrounded by French and American flags echoing the signature of the United States Independence. 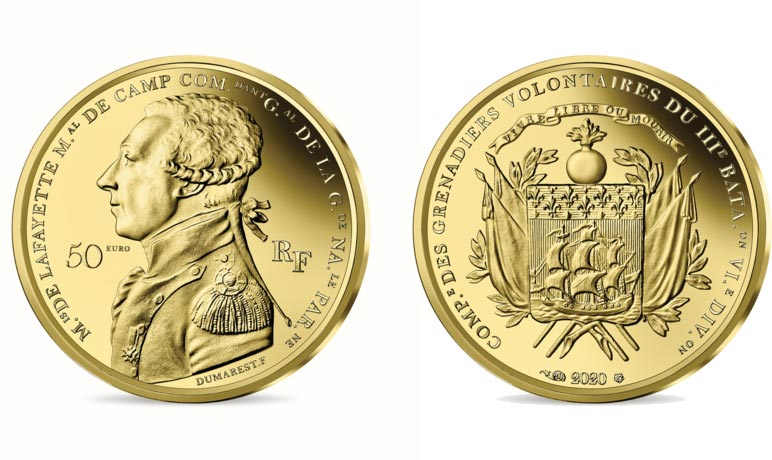