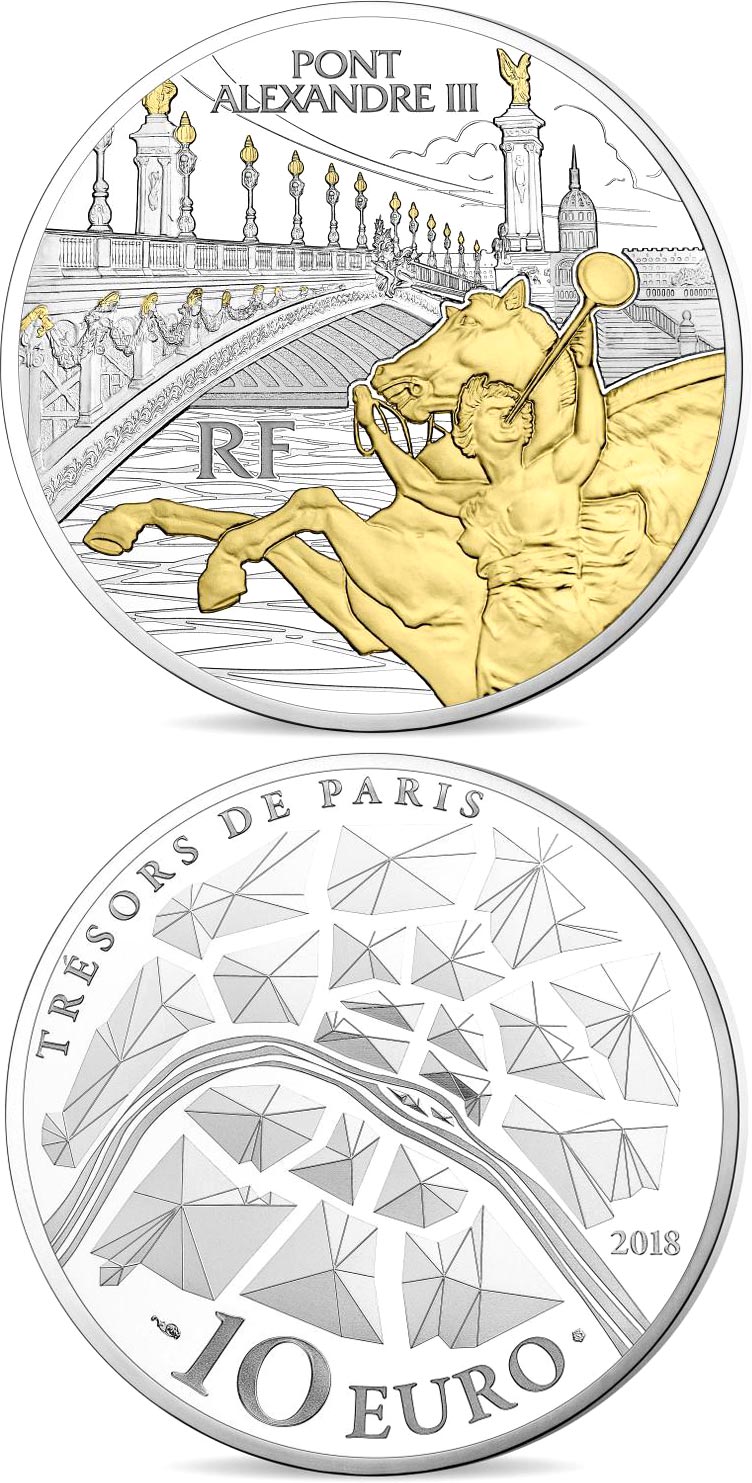 This series proposes an overview of some of the nicest buildings of the French capital gilded of their facade. Built in honour of the Russian Czar, Alexander III for the World’s Fair in 1900, the bridge that is listed as a historical monument, connects the Grand and Petit Palais with the Invalides. The obverse portrays the Alexander III bridge crossing the Seine as seen from the right bank. In the foreground an enlarged view of a Fame accompagnied by Pegagus. The reverse proposes a modern view of the Paris map. All 20 districts are symbolized by small pyramids. 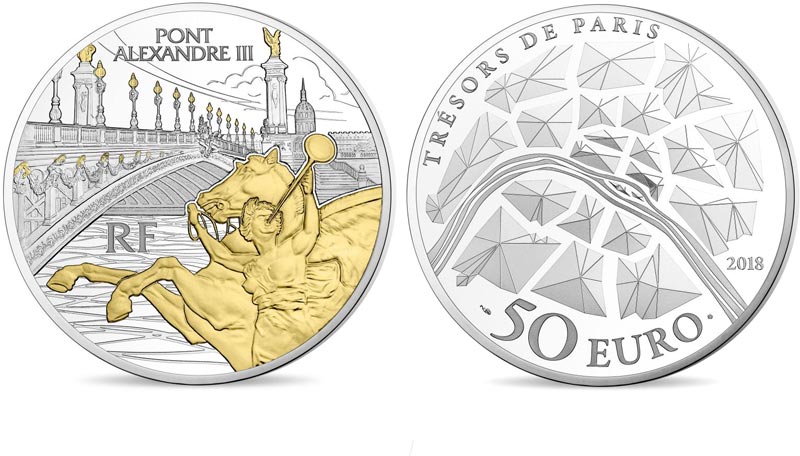