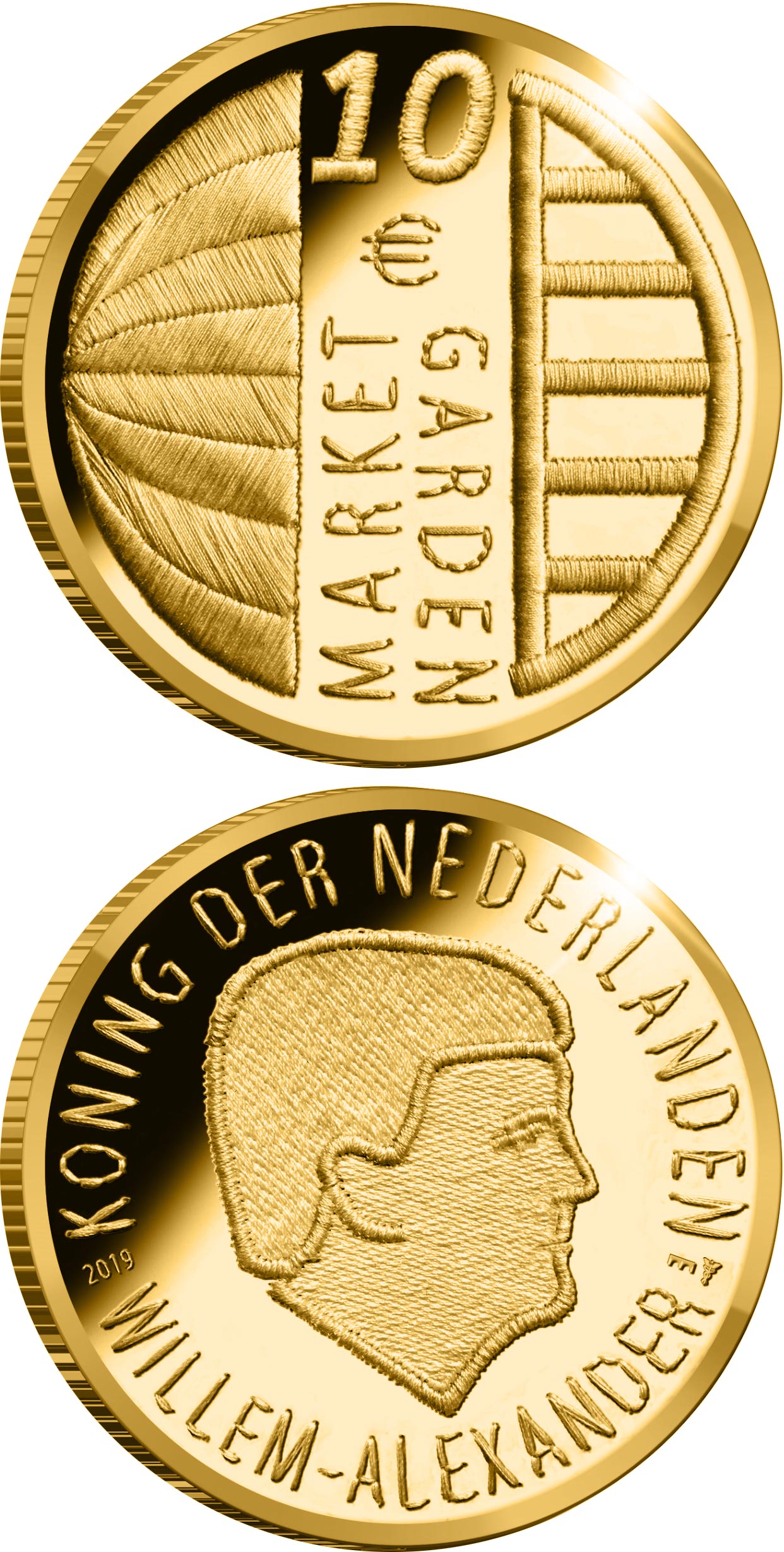 Operation Market Garden took place in September 1944 and consisted of two parts: the airborne operation (Market) and the ground offensive from Belgium (Garden). It was a bold plan by British Field Marshal Bernard Montgomery, which was executed by 41,628 people from the English, American and Polish airborne troops and three divisions of ground troops. Read more about Operation Market Garden here. Tim Breukers is the designer of the Market Garden 5 Euro Coin. He was inspired by the Airborne Museum Hartenstein in Oosterbeek, where embroidered badges and emblems caught his attention. He applied the various stitches to the design of the commemorative coin. The parachute on the coin depicts the largest airborne operation ever on Dutch territory. Also featured, is the bridge over the Rhine near Arnhem, to give the partial failure of the operation its place on the coin. The Allies failed to capture the bridge over the Rhine near Arnhem.