The obverse portrays the likeness of His Majesty King Felipe VI wearing badges of Captain General. The reverse side shows an image of an open copy of the Spanish Constitution. On the top, in a circular direction and in capital letters, the legend CONSTITUCIÓN ESPAÑOLA and the dates 1978 and 2018, distributed around the image of one of the Lions sculpted by Ponciano Ponzano, who has been in the custody of the Palace of the Congress since 1872. 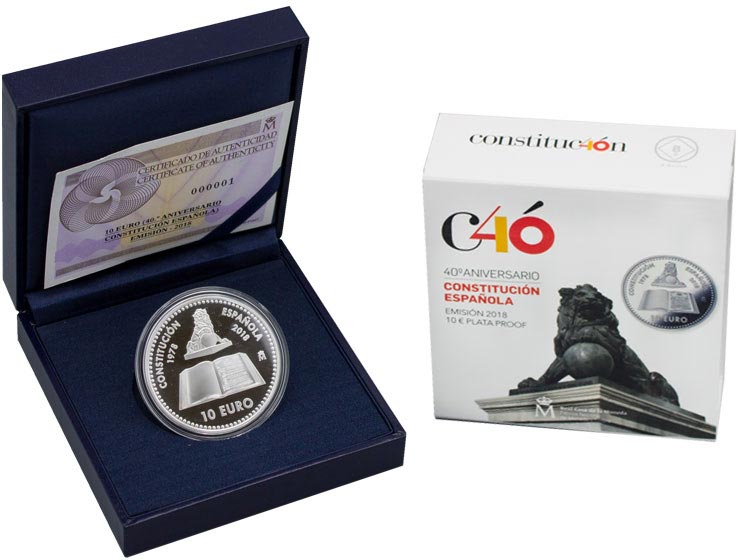