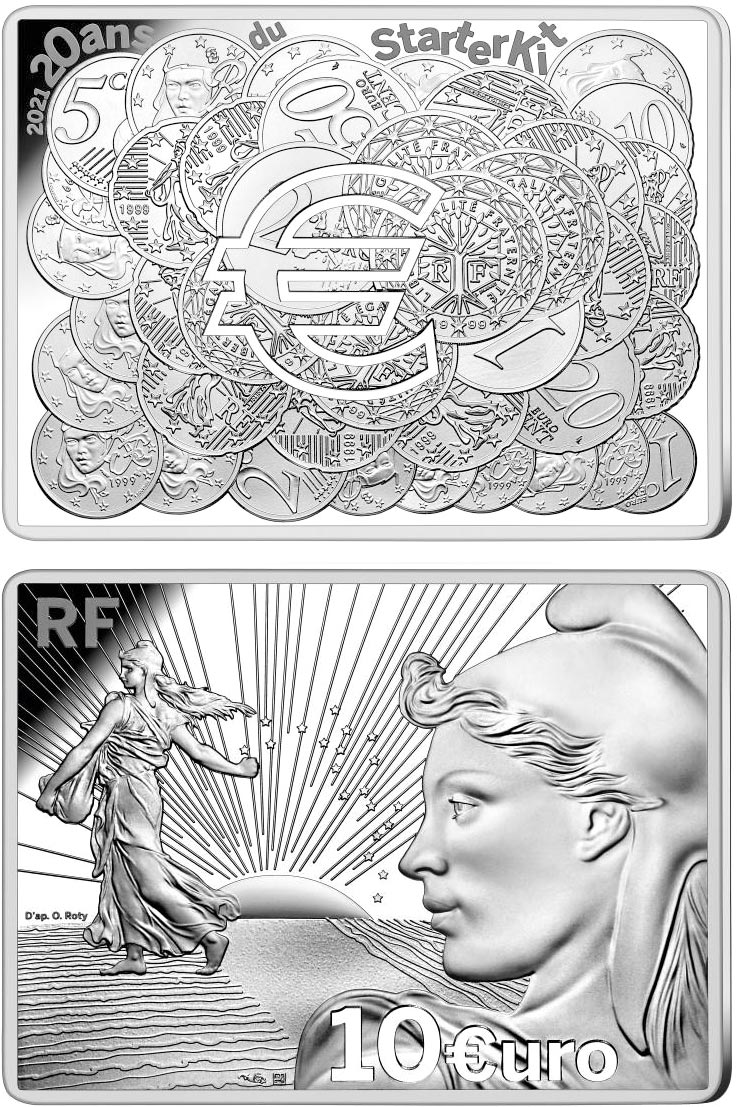 In 2021, to celebrate the 20th anniversary of the StarterKit and the introduction of the first euros, Monnaie de Paris has decided topay tribute to the sower from a new angle. The reverse side of this 10€ coin represents two different sowers: The first one, in the background, is the original sower fromthe french engraver Oscar Roty, the one found on the 1 Franc coins since 1898. The second, the one in the foreground, is the original faceof the woman who inspired the engraver, Rosalinda Pesce. This is the first timeshe appears on a coin. We also find on this face 20 stars in the backgroundrepresenting the 20 years of the Starter Kit. The sun is represented on thiscoin as a reminder of the francs, the currency preceding the euro. The French flag appears in heraldic form at the furrows. The rectangular shape of this coin is a direct tribute tothe shape of the starter kit. The 40 coins contained in the original starterkit, launched in 2021, can be found on the face. The "€" symbol isalso taken from the original visual of the pouch. 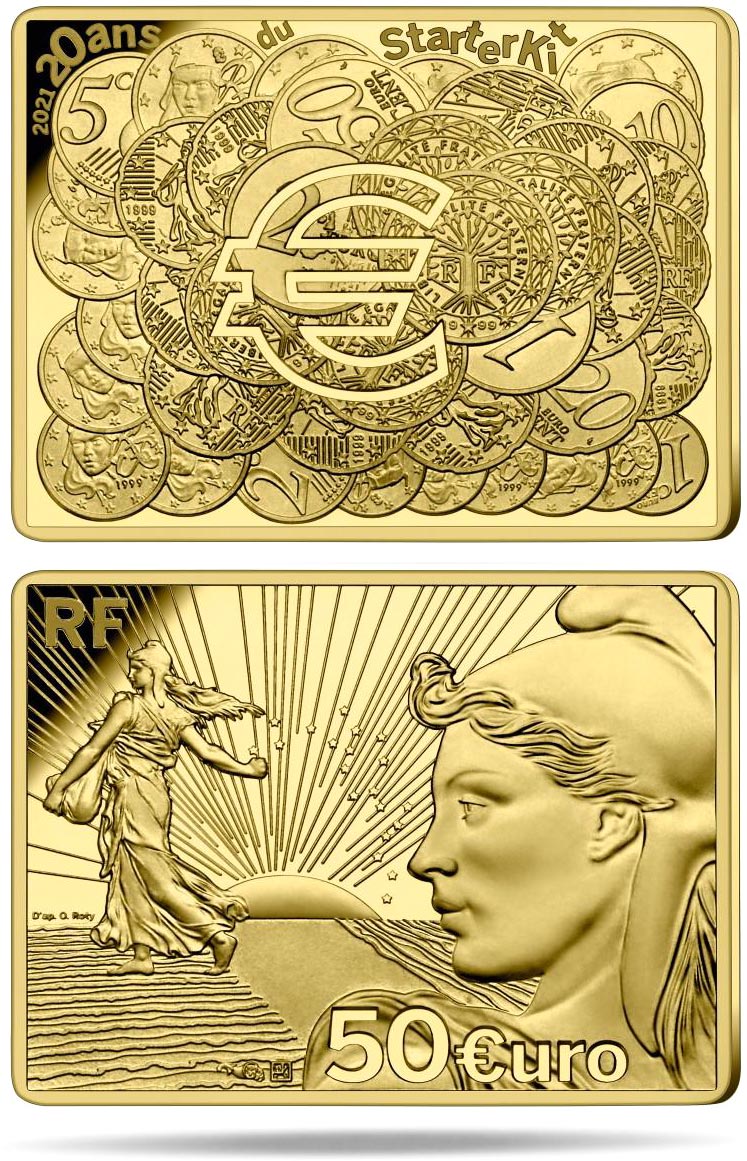