Knights’ Tales is a fascinating five-coin series in which we travel back in time to a bygone age that was notorious for being bloody and brutal. But the Middle Ages was also the age of chivalry, when high-born warriors known as knights rode into battle on horseback dressed in full armour. The code of chivalry was a combination of the warrior ethos, piety, nobility and gallantry. To his loyal subjects, Maximilian I, to whom the first coin in the series is dedicated, embodied these values. The year 2019 is the 500th anniversary of the death of the Holy Roman Emperor and Archduke of Austria. The coin’s obverse features a portrait of Maximilian I on the left, in which the Holy Roman Emperor is holding a lance. On the right, his coloured-applied coat of arms is held by a heraldic lion. The reverse shows a scene from a jousting tournament, in which a knight on horseback is in full gallop as seated spectators look on from a stand. Maximilian I was famous for his bravery when jousting. 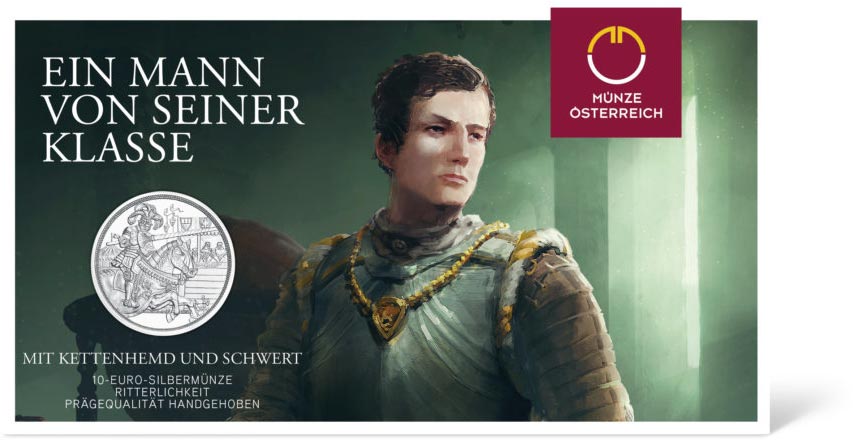