The fifth and final coin in the swashbuckling Knights’ Tales series celebrates the Teutonic Order. Named after the Order of Brothers of the German House of Saint Mary in Jerusalem, the Teutonic Order was founded as a military order in the city of Acre in 1190 and is headquartered today in Vienna. Initially a hospital brotherhood, from 1198 the Teutonic Order began aiding Christians on their pilgrimages to the Holy Land. The coin’s reverse shows a hospital scene in which a nurse tends to a bed-ridden brother as a concerned Teutonic knight looks on. On the coin’s obverse, the coat of arms of the Teutonic order is held by a heraldic griffin. Hermann von Salza, the fourth Grand Master of the Teutonic Order, was a friend and adviser of Frederick II, who from 1220 to his death in 1250 was Holy Roman Emperor. Born in Ancona in 1194, Frederick spent his youth in Sicily and spoke six languages, among them Arabic. As an informant of the Pope reported: “The 12-year-old may only be a boy, but he already has the character of a king”. Frederick’s court became an important centre for the study of science and poetry. As one of the most important supporters of the Teutonic order, Frederick gained a good reputation both across Europe and the Holy Land. However, Frederick repeatedly postponed the crusade he had planned to embark upon and was subsequently ex-communicated by Pope Gregory IX in 1227. Although rejected by the Christian community, he eventually set off for the Holy Land in 1228 and won back the pilgrimage sites of Jerusalem, Bethlehem and Nazareth without a struggle. Through peaceful negotiations over a period of months Frederick eventually reached an agreement with Sultan Al-Kamil. The Holy Roman Emperor was crowned King of Jerusalem in 1229. 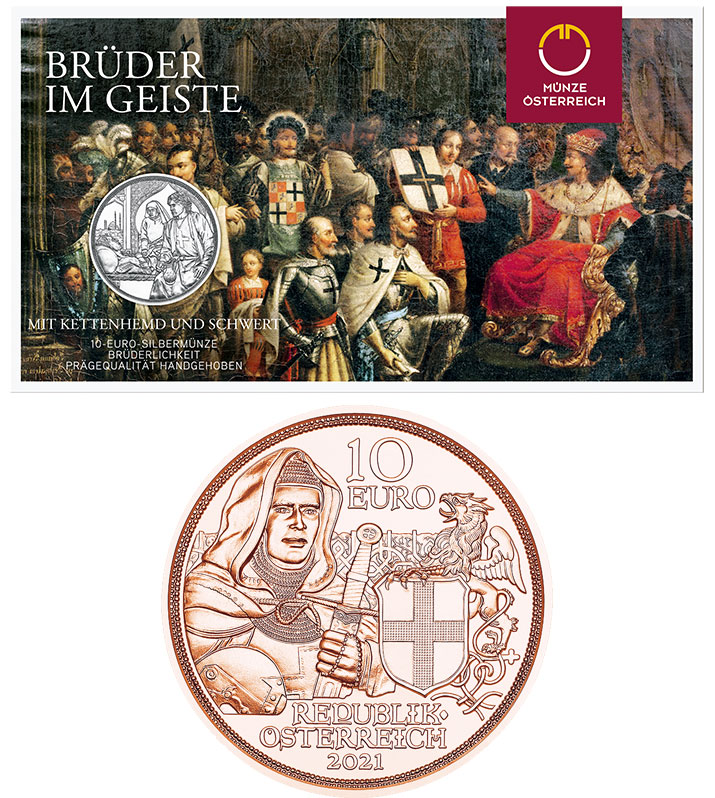