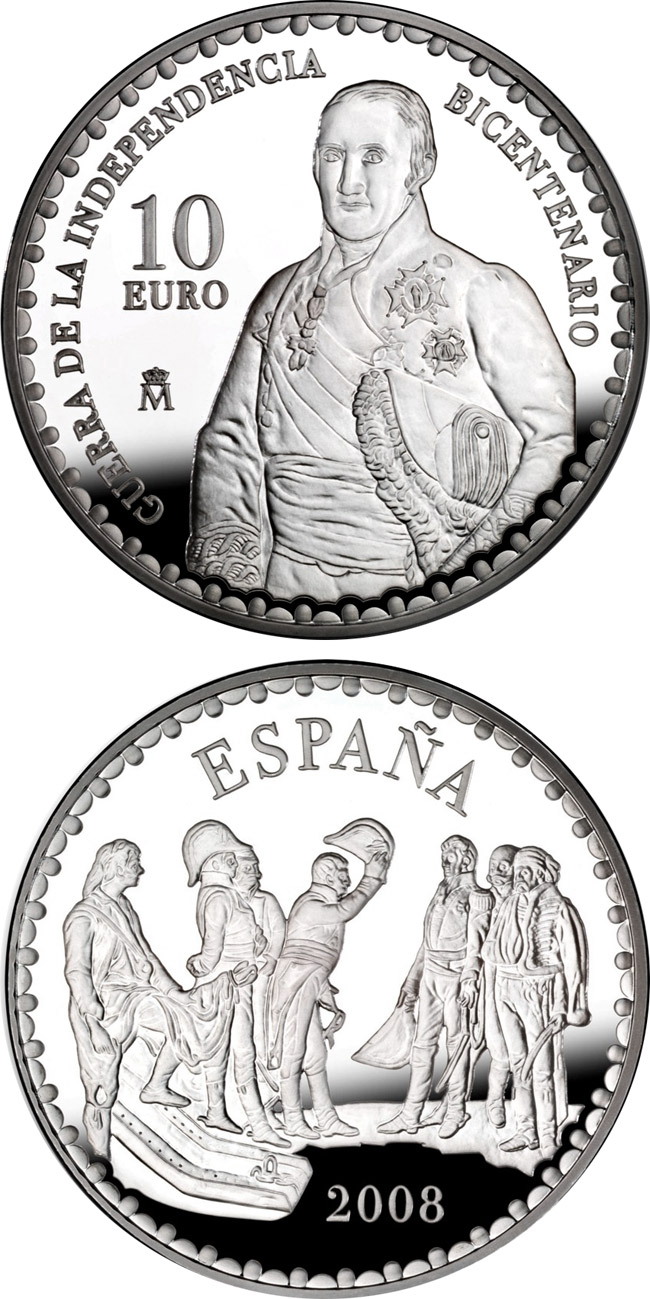 The year 2008 will mark the Bicentenary of the War of Independence that brought Spain into combat with the forces of the First French Empire and triggered the uprising of May 2, 1808. The Spanish Royal Mint has chosen to join in the celebration of this event of importance for Spain, which marked the beginning of a new historical cycle and produced a change in the previous political systems. The obverse of the first coin of 8 reales reproduces the main theme of the oil painting "The Surrender of Bailén" by José Casado del Alisal. The reverse is a rendering of the work by José María Galván "General Castaños, Duke of Bailén", who was granted the designation of duke for overcoming the French army in the well-known "Battle of Bailén" on July 19, 1808.