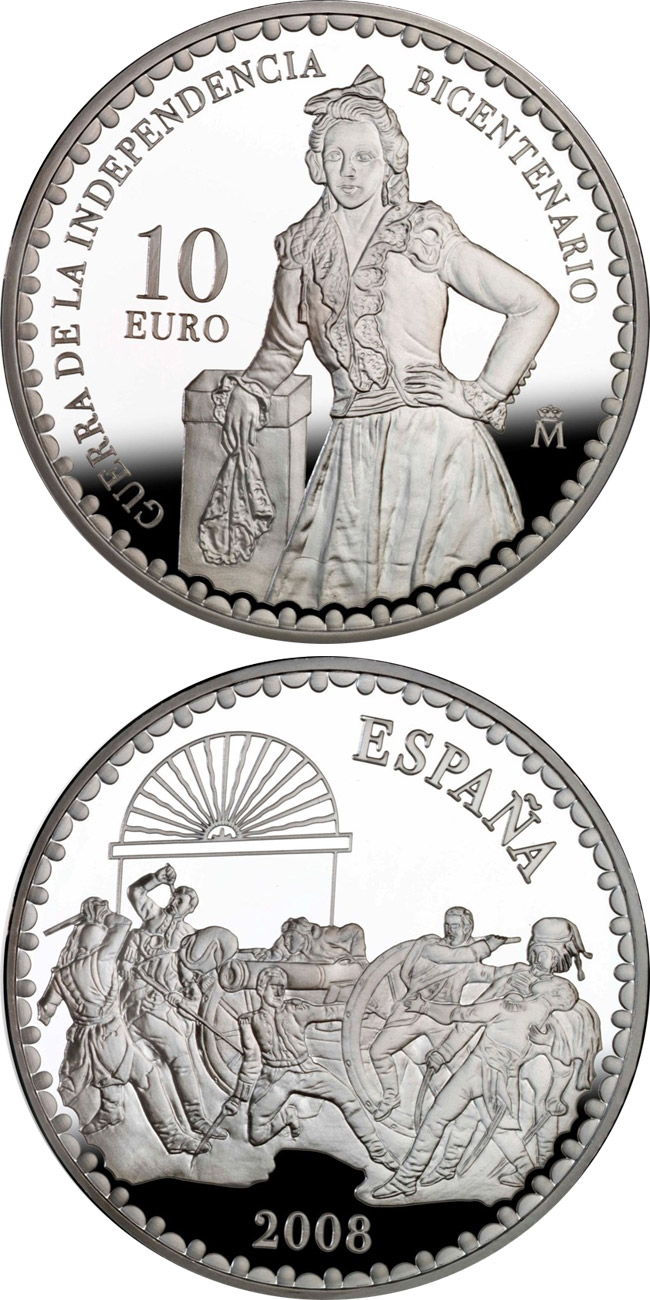 The year 2008 will mark the Bicentenary of the War of Independence that brought Spain into combat with the forces of the First French Empire and triggered the uprising of May 2, 1808. The Spanish Royal Mint has chosen to join in the celebration of this event of importance for Spain, which marked the beginning of a new historical cycle and produced a change in the previous political systems. The obverse of this second coin features an interpretation of the painting "Death of Daoiz and the defense of the Parque Monteleón", by Manuel Castellano. The reverse portrays an adaptation of the oil painting "Manuela Malasaña", by José Luis de Villar y Rodríguez de Castro. Deemed a heroine and famed for her youth and her fight for liberty, Manuela Malasaña was a victim of the events of May 2, 1808.