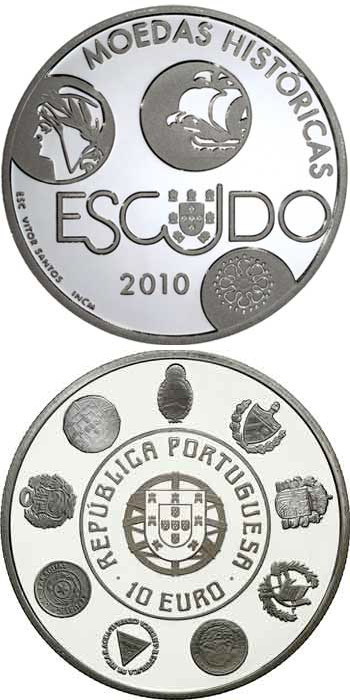 The obverse is dedicated to the Escudo, the currency that replaced the 1000-reales by the Decree of May 22, 1911, after the establishment of the Republic. The design, in deference to the fact that the escudo still very much abides in the sentiment of the Portuguese public, utilizes the visual space of the coin to trace a trip back through time and through memory. The center of the reverse side features the arms of Portugal. Shown surrounding this central motif, and in alphabetical order clockwise, are the national coats-of-arms of the other countries that are participating in this issue.