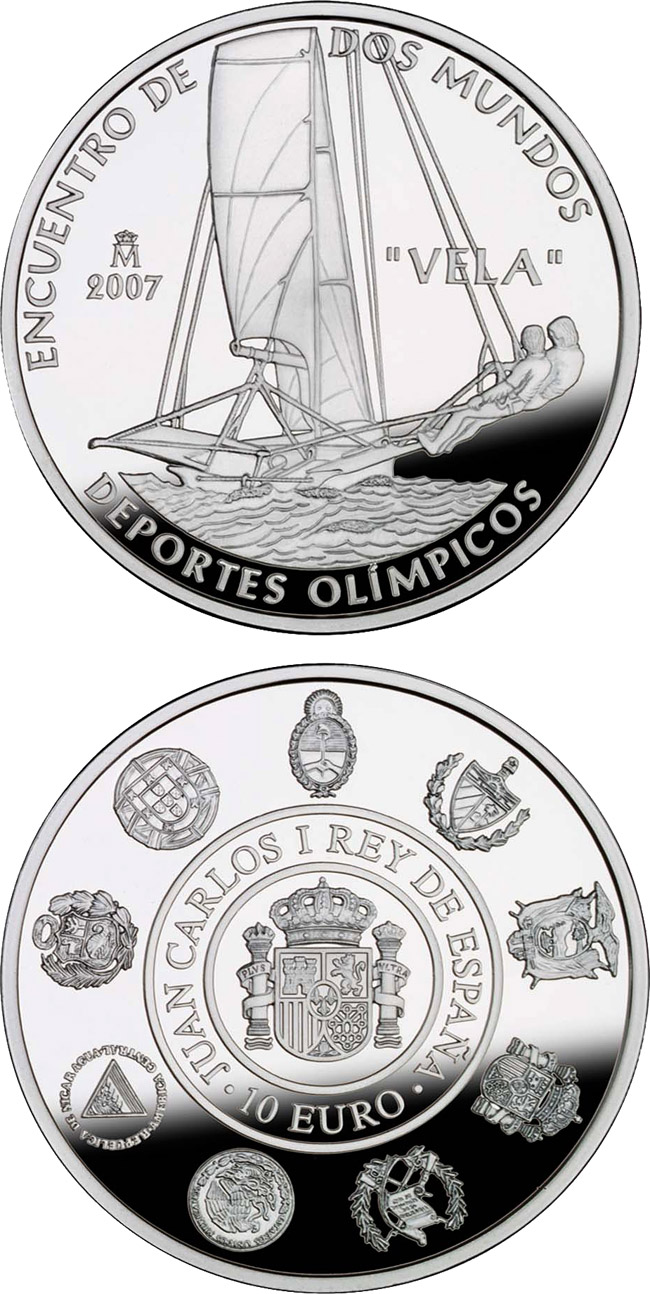 Spain has won 15 Olympic medals in sailing, which has been included as an Olympic sport for over a century. The reverse of the coin illustrates a scene from a sailing competition. The obverse features Spain's coat-of-arms as its central motif surrounded by the coats-of-arms of the other participating countries.