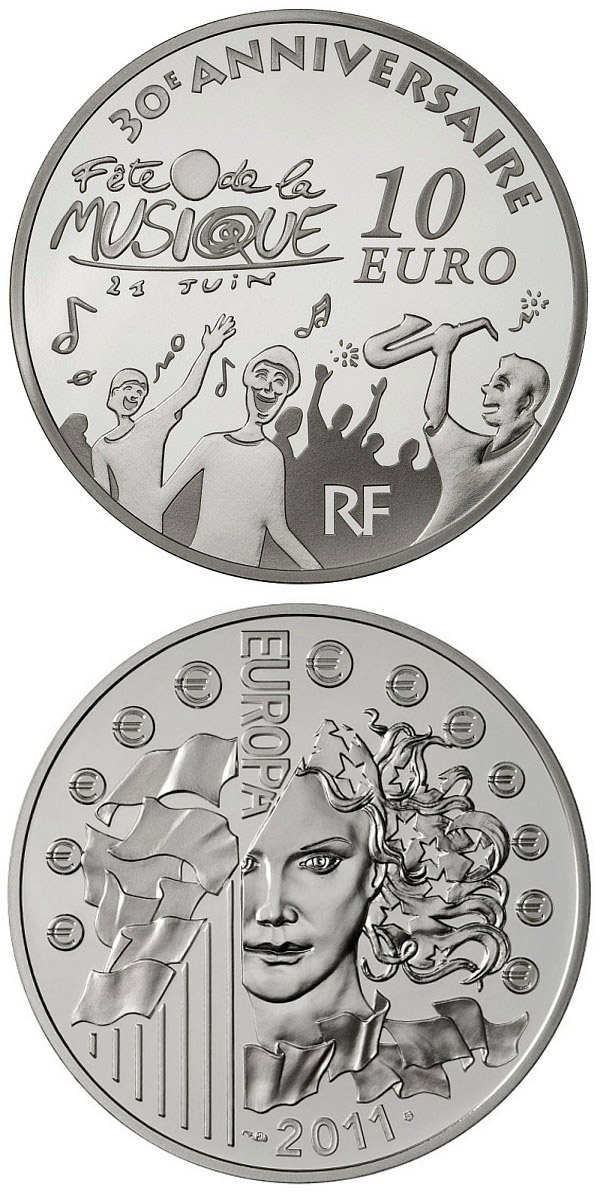 In the Europa series, Monnaie de Paris is releasing a coin dedicated to an event with a wide reach at European level: the International Music Day. At first an exclusively French festival, the event almost immediately spread to other European countries. Now, 30 years later, it is known as the European International Music Day, celebrating all types of music and, like the euro, is part of a shared European culture. The face of a woman with hair blowing in the wind and symbolizing Europe appears on the coin’s obverse side. Stars strewn in her hair, the word "Europa" and 12 circles – symbolizing the 12 founding countries of the euro zone – appear alongside the euro symbol to reinforce the theme of Europe. The lower half of the coin’s reverse side features a lively crowd and a series of musical notes. The design is crowned by the words "30ème anniversaire" and the International Music Day logo.