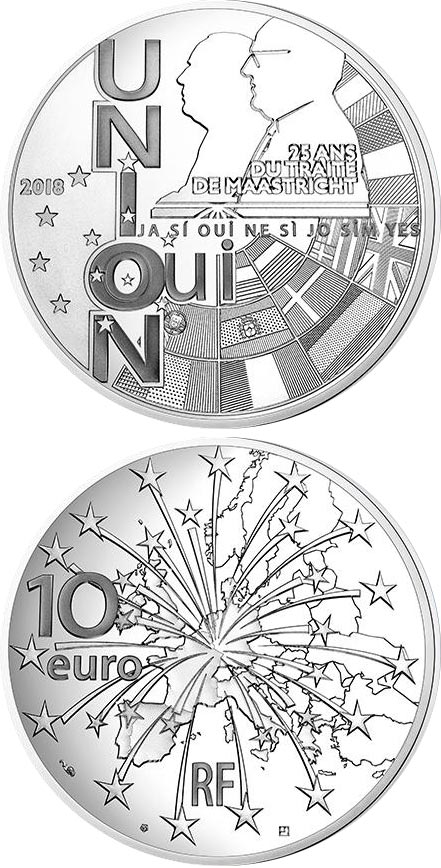 For the 25th anniversary of the Maastricht Treaty, signed on 7th February 1992, Monnaie de Paris is editing a series of coins commemorating this major event in European history. The obverse is composed of a group of twelve flags representing the original twelve member states. Twelve stars accompany the flags, in reference to the European flag. The words “UNION” and “OUI” are strong symbols of the agreement. The reverse of the coins displays a map of the current European Union, composed of 28 member states. They are represented by stars thay shine over the whole world. The reverse also has the letters “RF”, symbols of the French Republic, and the engraver’s marks for Monnaie de Paris.