10 euro - 100th Anniversary of the Birth of the Mother Teresa 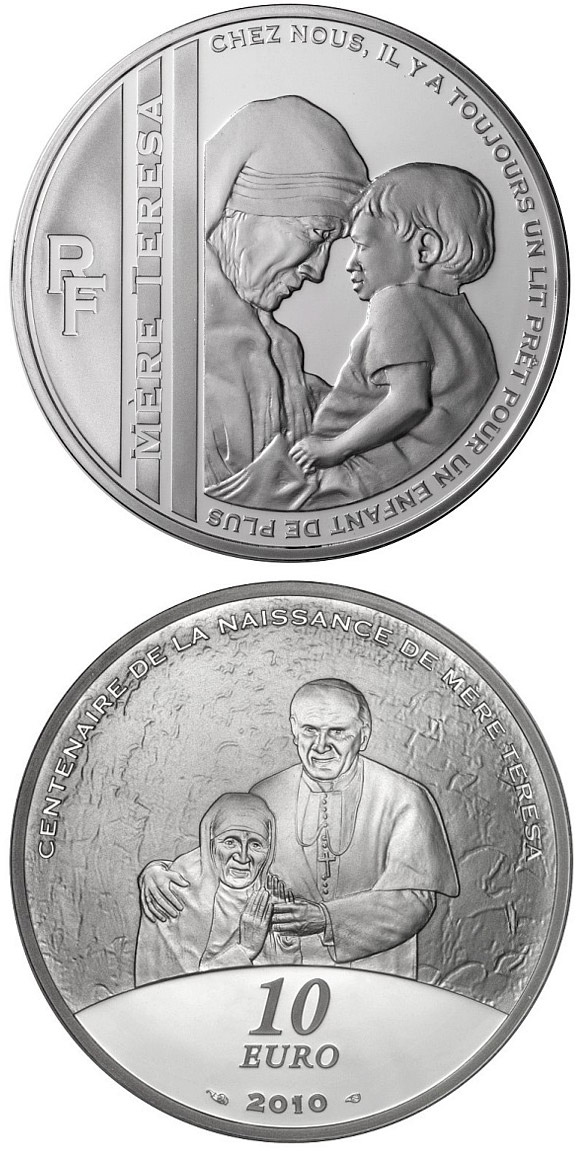 At the heart of the Great Causes collection, introduced in 2009 for the centenary of the Curie Institute, Monnaie de Paris is issuing a coin based on the centenary of the birth of Mother Teresa. An Albanian born Indian nun, winner of the 1979 Nobel Peace Prize and beatified by Pope John-Paul II in 2003, Mother Teresa has left an unquestionable legacy thanks to her selfless acts for young people and those who are oppressed the most. The obverse of the coin shows a scene of Mother Teresa carrying a child, surrounded by the sentence “In our house there is always a bed ready for one more child”. The characteristic hair band of Missionaries of Charity, the order of Mother Teresa, separates the coin between the picture and the RF legal inscription. On the reverse, in front of a background representing the crowd, is an image of Mother Teresa and Pope John-Paul II, surrounded by the text “Centenaire de la naissance de Mère Teresa”.