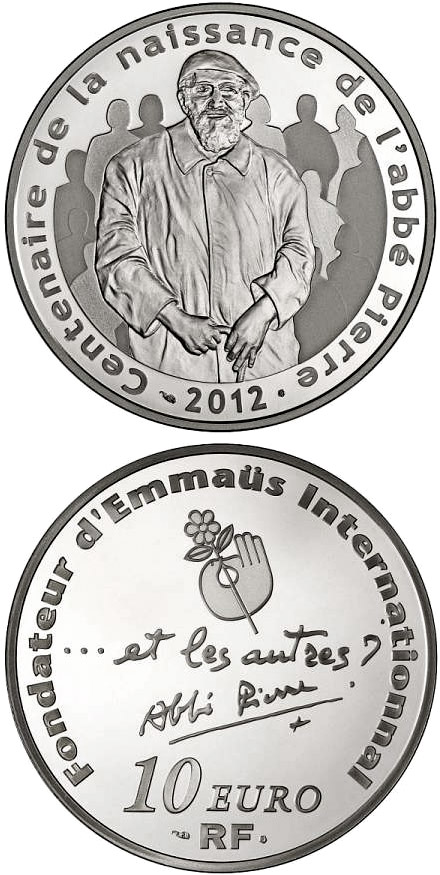 This year, Monnaie de Paris pays tribute to abbé Pierre with its series on great causes. Abbé Pierre, or to use his real name Henri Grouès, is considered to be a major figure of the 20th century. A clergyman, he distinguished himself by great acts of resistance during World War II. Politically engaged, he fought against social exclusion. In 1949 he founded the Emmaüs movement to help those who were most in need. This movement is now an international organisation with a presence in 36 countries. Abbé Pierre is one of the favourite figures of French people. The obverse of the coin symbolises his fight against exclusion. It depicts abbé Pierre meeting with those in hardship. This scene is crowned by the words "Centenaire de la naissance de l’abbé Pierre". The reverse honours Emmaüs International with its logo and the famous quote used by abbé Pierre as a dedication "…et les autres ?". 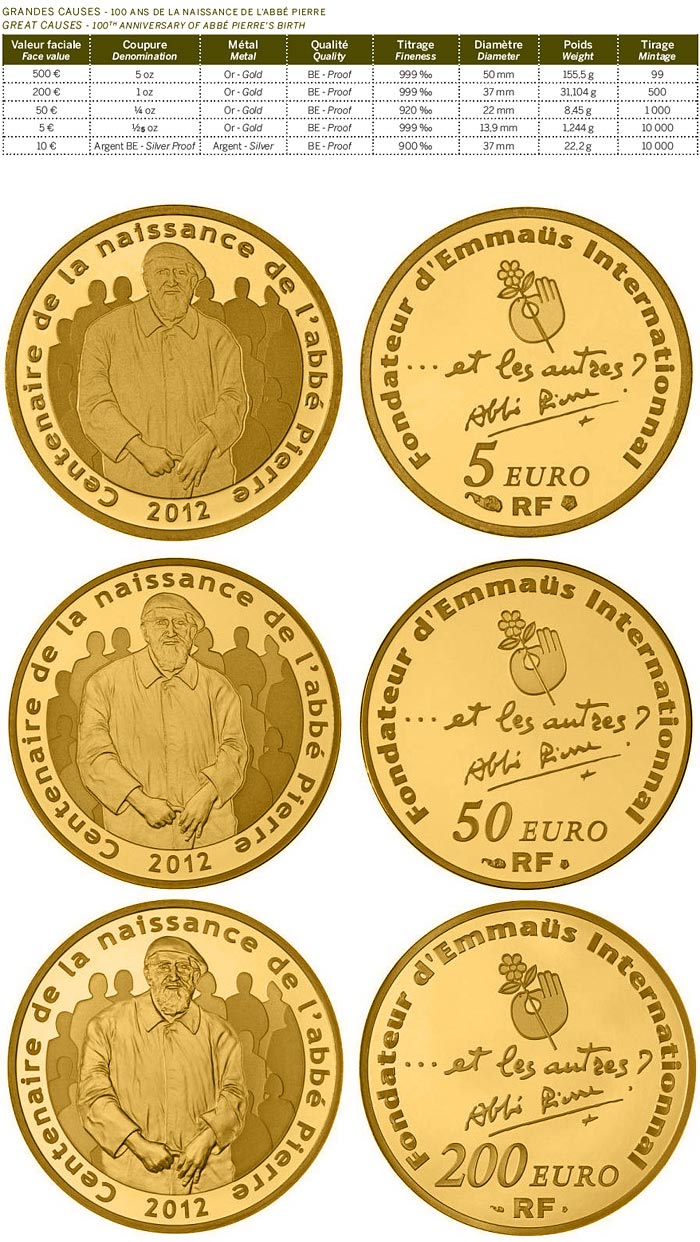