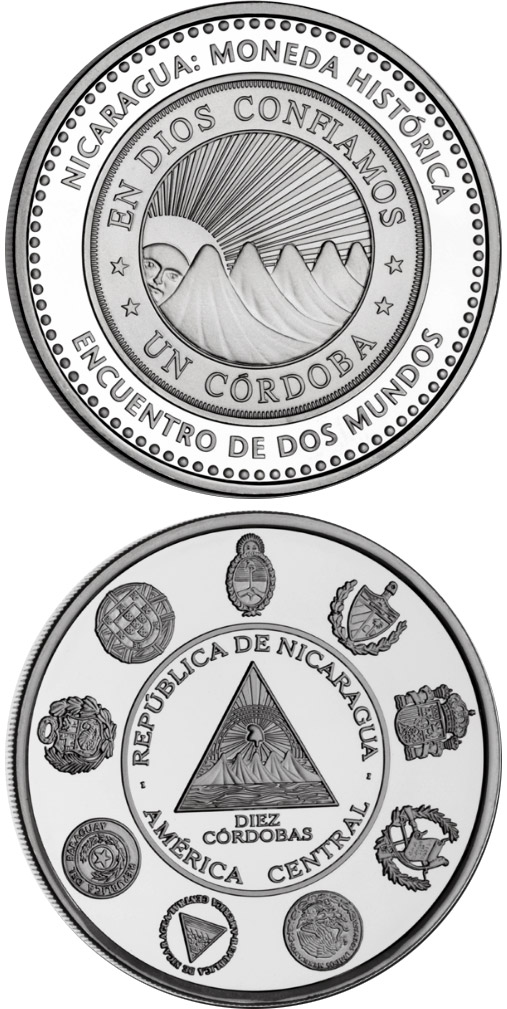 The obverse reproduces the reverse of the first coins minted in the cordoba currency, created in March 1912 to replace the Peso. It shows the face of a rising sun radiating over a range of five volcanoes that represent the five Central American countries. This design has its origin in the metal 1-real coin which was struck in 1824 by the Central American Federation three years after the Central American countries had gained independence from Spain. The center of the reverse side features the arms of Nicaragua. Shown surrounding this central motif, and in alphabetical order clockwise, are the national coats-of-arms of the other countries that are participating in this issue.