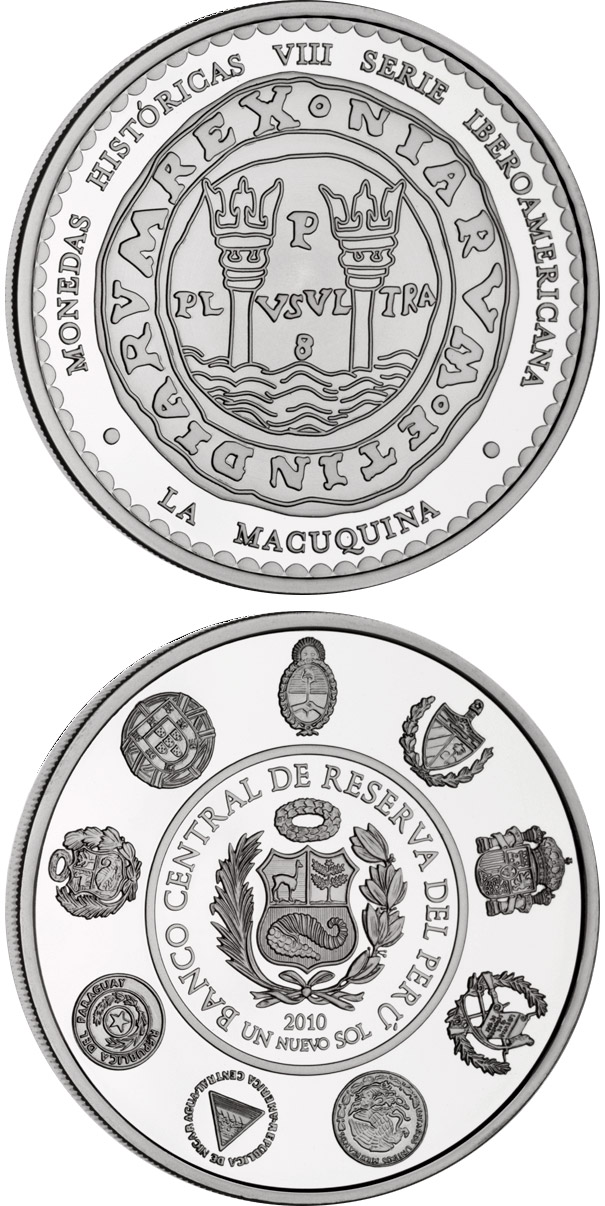 The obverse reproduces the reverse of the first coin struck at the Mint of Lima in 1568. These coins featured the two Pillars of Hercules surmounted by crowns, standing on ocean waves, with the legend "PLUS ULTRA" that had been the imperial motto of Carlos V in reference to the scope of Spain's power overseas. Also shown is a letter "P" indicating Peru as the place of minting. The center of the reverse side features the arms of Peru. Shown surrounding this central motif, and in alphabetical order clockwise, are the national coats-of-arms of the other countries that are participating in this issue.