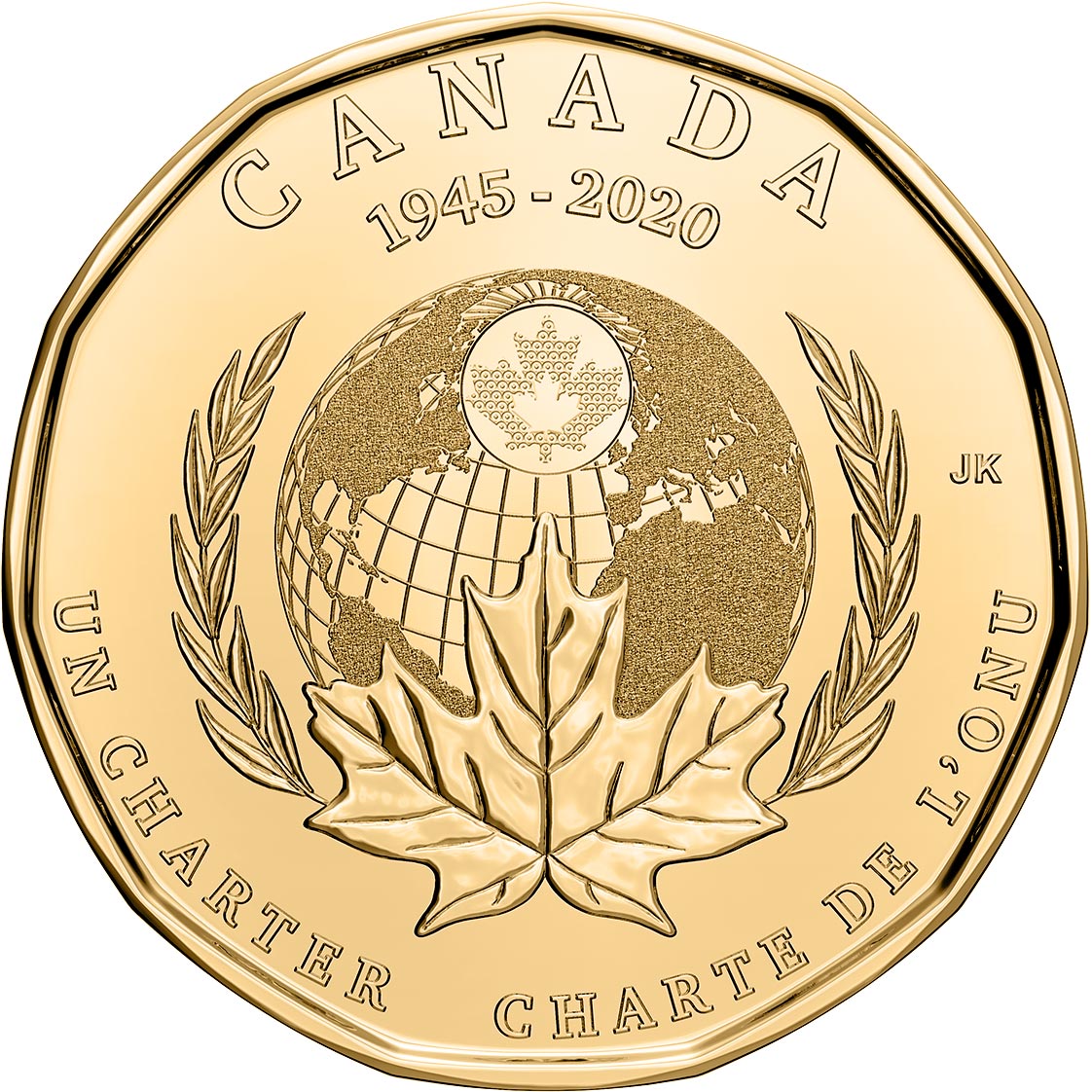 Peace. Tolerance. Equality. These are values we uphold today, as we did 75 years ago when the devastation of war gave way to a new era of cooperation. On the 75th anniversary of the United Nations (UN), Canada's 2020 $1 circulation coin celebrates our nation's role as a Founding Member and a contributor to world peace. Grouped together in a keepsake collector card, this seven-piece set includes both versions (uncoloured and coloured) of our special $1 coin commemorative circulation coin, which highlights our role as global citizens helping to make the world a better place. The set also includes one of each Canadian coin denomination issued in 2020.
The reverse design by Joel Kimmel is double dated ("1945-2020") to commemorate the 75th anniversary of the United Nations and its Charter ("UN CHARTER CHARTRE DE L'ONU"). In a nod to the UN logo, a world map within an olive branch wreath is paired with a maple leaf to symbolize Canada's commitment to the UN and its values. In the selectively coloured $1 coin, the maple leaf is clad in red. Both versions include a laser mark of a single maple leaf inscribed in a circle. The obverse features the effigy of Her Majesty Queen Elizabeth II by Susanna Blunt.