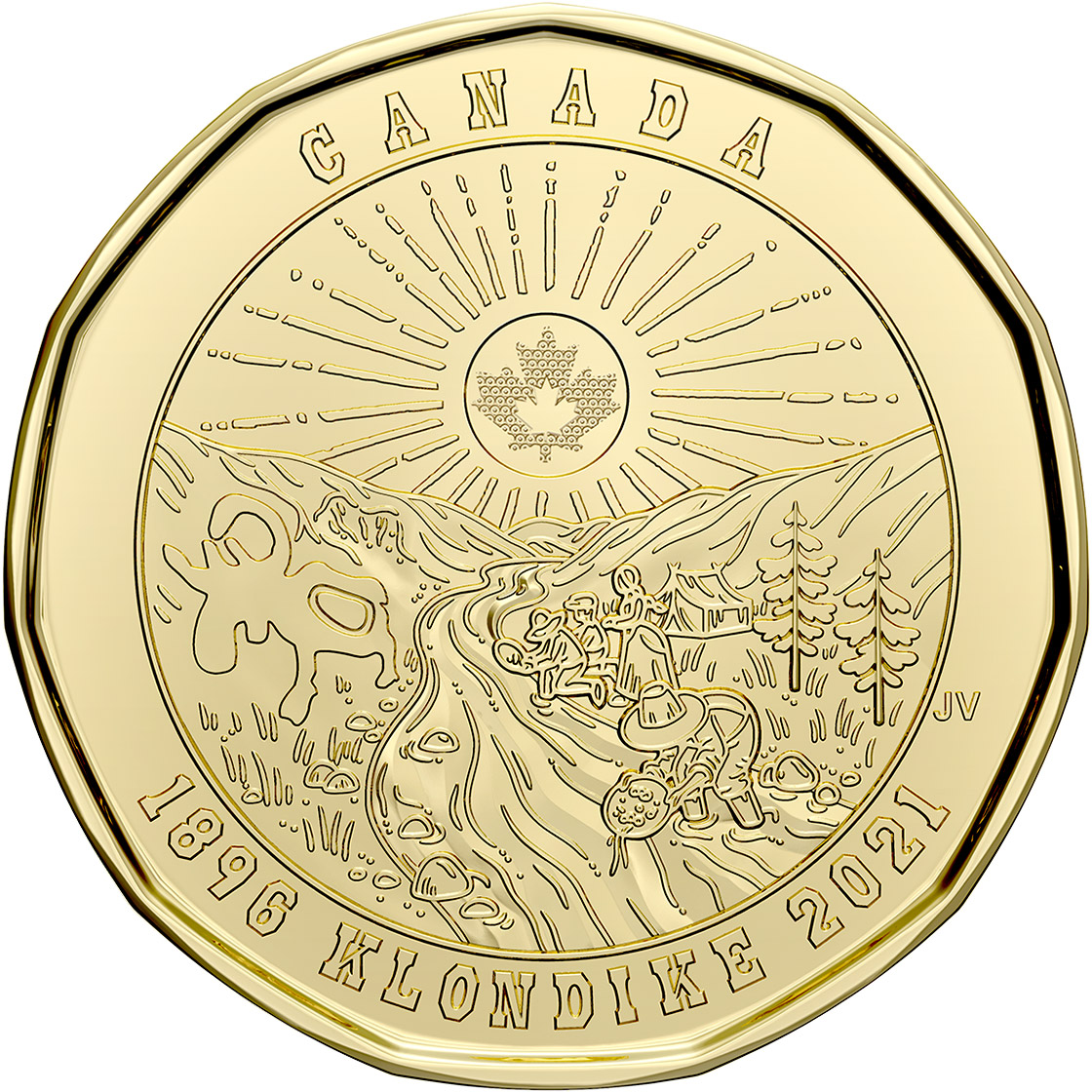 Designed by Canadian artist Jori van der Linde, the $1 coin’s reverse features the artist’s rendition of the gold discovery that set off the Klondike Gold Rush. Under the shining sun, Keish (“Skookum” Jim Mason), Shaaw Tlàa (Kate Carmack), Kàa Goox (Dawson Charlie), all of whom were of Lingít and Tagish descent, and George Carmack can be seen panning for gold at the edge of Gàh Dek (Rabbit Creek/Bonanza Creek). A powerful symbol of cultural revitalization, the pictorial symbol for Ëdhä Dädhëchą (Moosehide Slide) is highlighted in red and white on selectively coloured coins; it appears on the opposite side of the creek, and represents the Tr’ondëk Hwëch’in and their deep, abiding connection to the land. The obverse features the effigy of Her Majesty Queen Elizabeth II by Susanna Blunt.
The 1896 gold discovery that triggered the Klondike Gold Rush is depicted on this year’s commemorative dollar, which has been issued as both a struck (engraved only) and a selectively coloured coin. This Special Wrap Roll Set gives you a roll of each version—in fact, it’s a rare opportunity to get a Klondike-themed Special Wrap Roll of struck coins, which is only available as part of this set or with a subscription to the Special Wrap Roll Commemorative Collection. 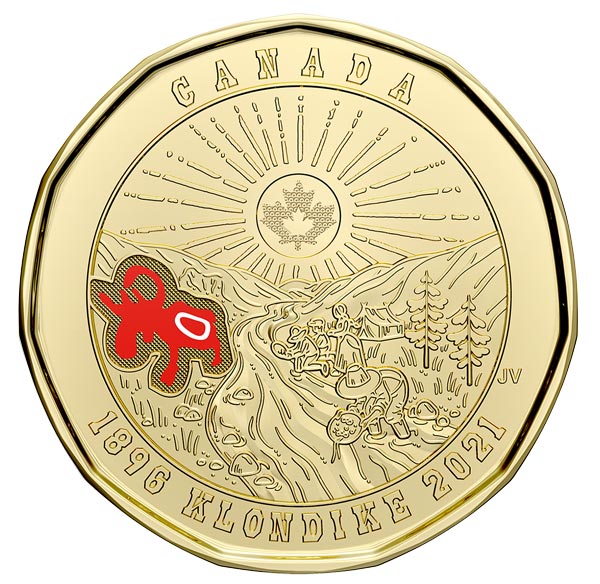