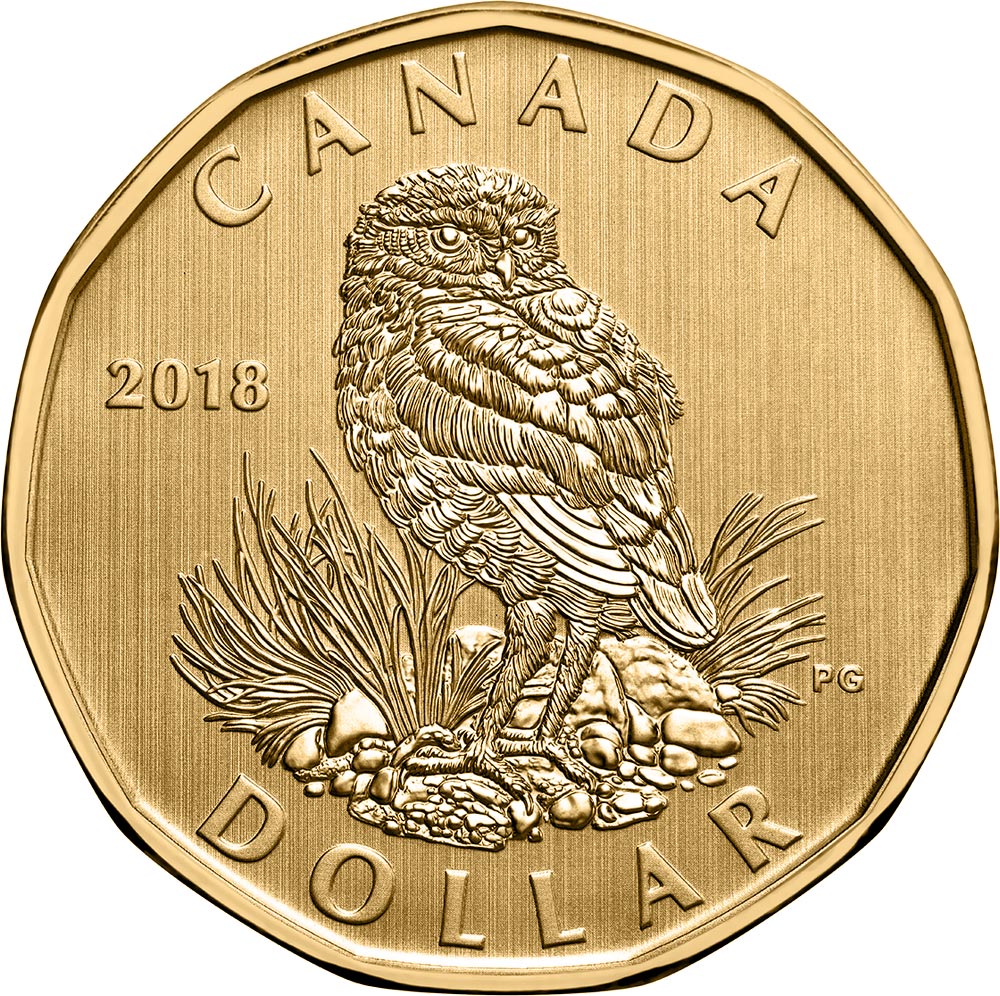 Canadian artist Pierre Girard captures the beauty of an endangered prairie species on your one-dollar specimen coin. Viewed from the side, the pigeon-sized burrowing owl presents a three-quarter profile that allows for close examination of its stilt-like legs and mottled plumage. Its head is turned towards the rear as the bird of prey fixes its gaze on something that lies to the right, beyond the coin's rim; this positioning provides a view of the bird's facial features, including the beak and large eyes that give the owl a wise and studious expression. Blades of grass rise up behind it, alluding to its nesting grounds in Canada's open prairies and grasslands, while small mounds of dirt hint at the owl's unique penchant for nesting in underground burrows. The obverse features the effigy of Her Majesty Queen Elizabeth II by Susanna Blunt.
Where open grasslands provide unobstructed views, the long-legged burrowing owl (Athene cunicularia) stays close to the ground and its subterranean nest. This bespeckled summer resident of Canada's Prairie Provinces is one of our smaller-sized owls, and is beautifully featured on the reverse of the dollar coin in our 2018 Specimen Set.
The burrowing owl's short tail, stilt-like legs and lack of ear tufts give it a different profile than most owls. Its nesting behaviour also sets it apart, for this endangered species prefers to roost and nest in underground burrows vacated by prairie dogs, foxes and ground squirrels. And while the owl's plumage allows it to blend in with its surroundings, those wise-looking yellow eyes are unmistakable as they seek out prey from a slightly elevated vantage point, whether it's a thicket, a fencepost or a mound of dirt.