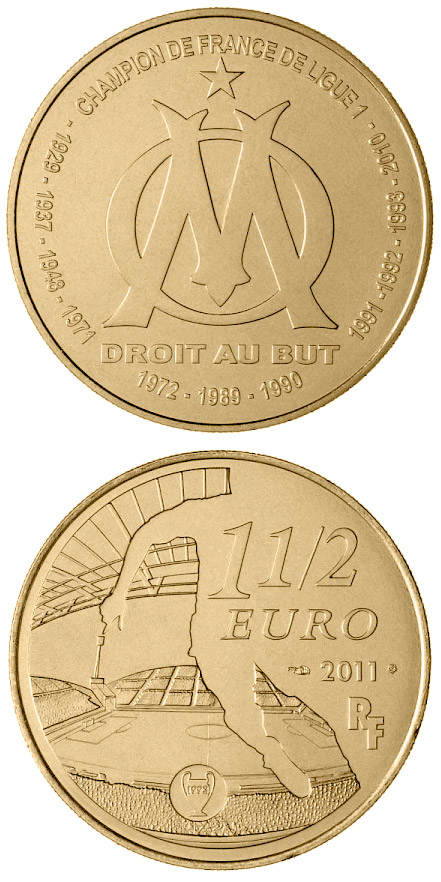 Monnaie de Paris is also releasing a coin dedicated to Olympique de Marseille, hailing the victory of this football club in the 2010 Championship of France. The obverse features the club’s coat of arms surrounded by the words "Champion de France." The years in which the titles were won also appear. The reverse design depicts the shadow of a player in action. In the background, the Velodrome Stadium can be seen, filled with fans cheering on the players.