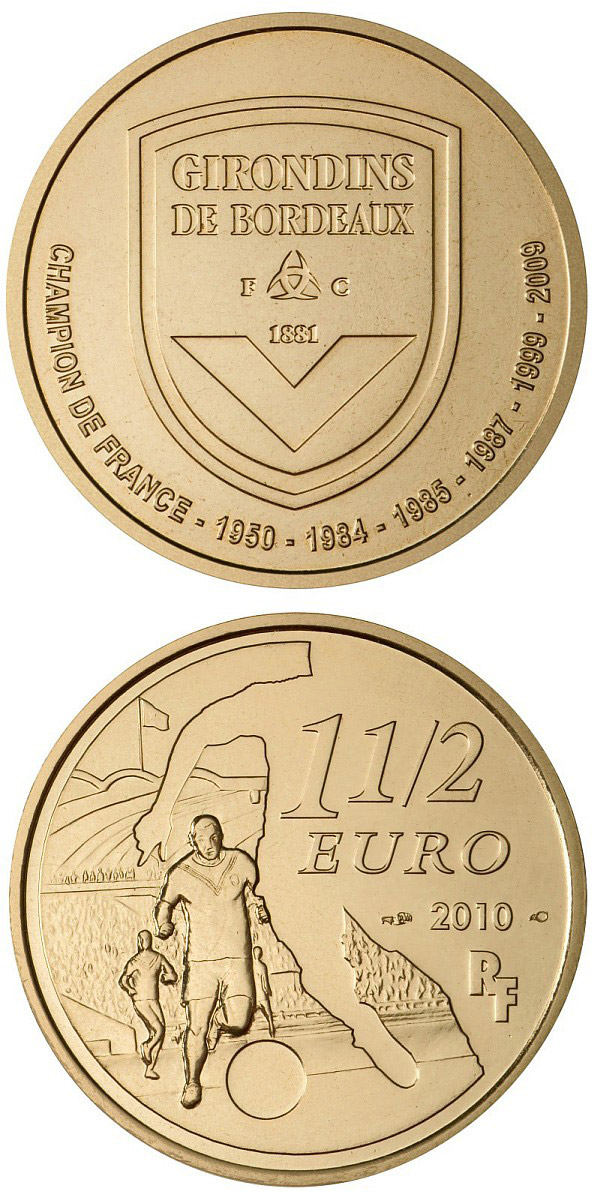 This year, football is honoured again with the Girondins de Bordeaux team. The Girondins de Bordeaux club, founded in 1881, have won 6 Ligue 1 championships in France, including the 2009 title. The identity of FC Girondins de Bordeaux is based on a powerful heritage – history, tradition, honours... Monnaie de Paris will be adding to its collection a coin which will please numismatists as much as it will football fans. The obverse shows the club’s shield bordered with the inscription "CHAMPION DE LIGUE 1 - 1950 - 1984 - 1985 - 1987 - 1999 - 2009". The reverse side shows the profile of a footballer striking a ball. On the right hand side of the coin the face value of "1½ EURO" is shown. In the background, the football pitch is shown with players on it and stands full of fans can be seen.