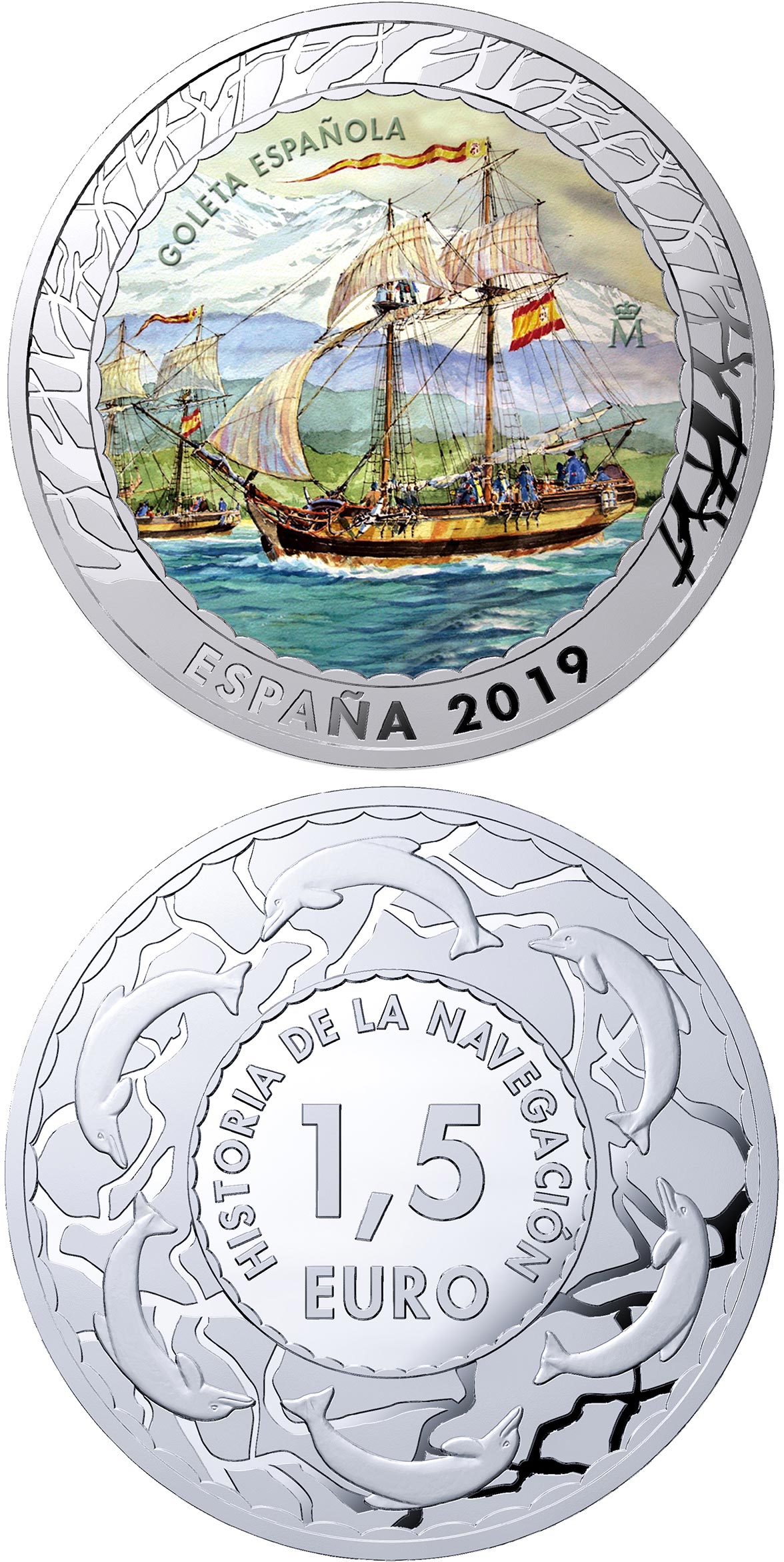 Period: Eighteenth and nineteenth centuries. Length: 30 m Beam: Approx. one quarter or one fifth of the length. Weaponry: Two to 18 cannons, normally 12. Description: The schooner is a light vessel used mainly for exploration, the transport of mail and largely auxiliary tasks. As it has rigs in which the principal sails are set parallel to the keel, it was able to sail in all winds. Many were built in Havana, in San Blas (California) and at various arsenals and shipyards in Spain and America. Alone or in conjunction with other, larger vessels, they carried out a range of missions, whilst acting as backup for the mighty squadrons. The last ones were decommissioned in 1860 to be replaced by screw schooners, powered by steam. Rigging: Two masts, normally with gaff and triangular sails, complemented on the larger vessels with topsails and stays. Therefore, there were no spars. Additionally, on one or both masts, there were schooners with square-rigged sails, fore-topsails and topgallants, These variations were known as brigantine schooner, cutter schooners, topsail schooners, polacres and pailebotes. Key events: The schooner Fortuna was built in 1780 with eight cannons. In July 1781, it joined the squadron of Buenaventura Moreno, engaged in transporting the forces of the Duke of Crillón in their bid to recover Majorca; and in 1782, the squadron of General Córdova, coming from the Mediterranean. It was the vessel which sighted and chased Howe’s squadron on October 20. The schooner Activa, with six cannons, built in San Blas, California in 1791, formed part of the 1792 expedition of Juan F. De la Bodega y Cuadra to the northwest coast of North America. The Sutil and the Mexicana, depicted on the coin, were built in San Blas in 1792. Under the command of Dionisio Alcalá Galiano and Cayetano Valdés respectively, they set sail from Acapulco with six cannons apiece on a reconnaissance voyage to the Straits of Juan de Fuca and Georgia, in the present-day province of Vancouver. They arrived there before the Vancouver itself, which was on the same mission. Joining forces with the Vancouver expedition, they sailed the waters surrounding the island. The Cantabria, 73 tonnes with one cannon and four pedreros, crossed the Atlantic under the command of Frigate Lieutenant Antonio Varela in the summer of 1812, at the height of the Spanish War of Independence, carrying the first copies of the Spanish Constitution, known as La Pepa, to America. On the way, it called at San Juan de Puerto Rico, Havana, Sisal and Veracruz. The Carmen, built in 1805, with eight cannons. Until 1812, it undertook auxiliary and backup missions seeking to overcome the insurgents in the Viceroyalty of New Spain and the colonists of Western Florida, who had claimed unilateral independence.