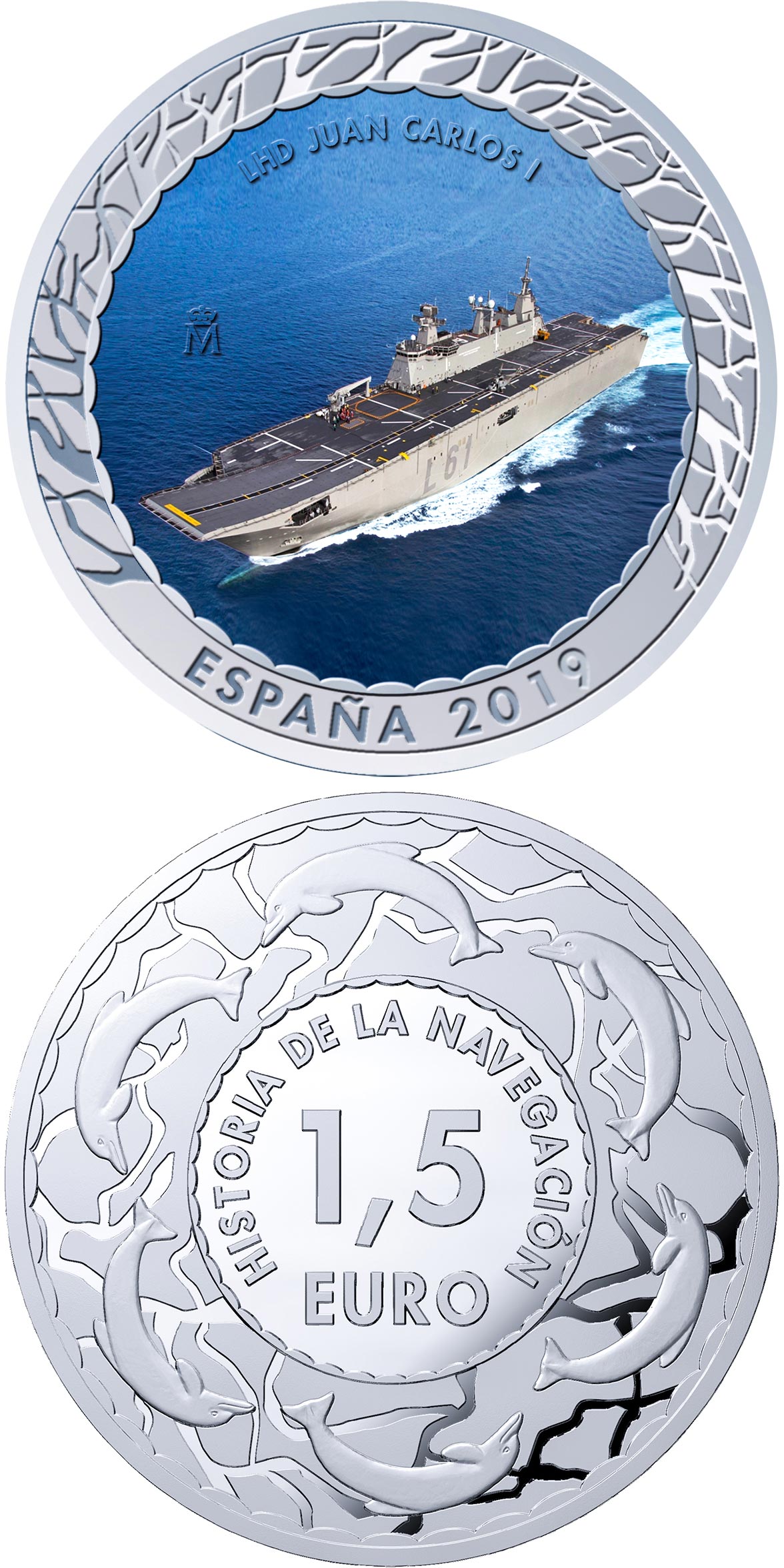 Description: Built in Ferrol to a proprietary design by Navantia, this vessel is similar to the American Tarawa class. Amphibious capacity, with a sinkable dike and careening site; and air capacity, with a flight deck and hangar. It is, therefore, of the LHD (Landing Helicopter Dock) type. As an aircraft carrier, given its low displacement, it can use only short take-off planes. It was built to meet the need to transport land forces to conflict zones and enable them to disembark as near as possible to the area of operations, both in classic amphibious landings and on beaches and in landings at ports with little infrastructure; hence its low maximum speed. The SCOMBA System (tactical information), almost all the radars, the Lanza Aerial Exploration System and the electronic warfare systems are made in Spain. Like the other modern vessels in the Spanish Royal Navy, it is designed to operate regularly in international groupings and is accordingly equipped with up-to-the-minute communication media. With a crew of 295, the vessel has a displacement of 26,000 tonnes. Generators: One gas turbine (LM 2500) and two diesel turbines with combined power of 27,000 MW. Aircraft capacity: Up to 30 heavy and medium helicopters on amphibious operations; 10 to 12 vertical take-off aircraft; and the same number of medium helicopters on air-naval missions. It can operate with vertical take-off aircraft (American F-35). On the bow of the flight deck, it features a take-off ramp with a 12º gradient. Vessel capacity: Four LCM-1E lighters. Vehicle capacity: An approximate total of 3,300 m2 garage space for heavy and light vehicles. Key events: As the Spanish Royal Navy’s flagship, it is based in Rota (Cádiz). Although its geographical scope of operations covers oceans and seas all round the world, it has spent most of its life in the Mediterranean and the Atlantic. In 2018, it transported Army forces along with heavy helicopters (Chinook) to Kuwait to be deployed in Iraq. It then called at Mumbai and Alexandria for promotional purposes. Throughout its life, it has taken part in a range of national and international exercises, Noble Mariner in 2014 being of particular note. In the same year, Osprey aircraft from the USA Marine Corps operated from its deck. As the largest vessel the Spanish Royal Navy has ever possessed, it is also the largest warship ever made in Spain.