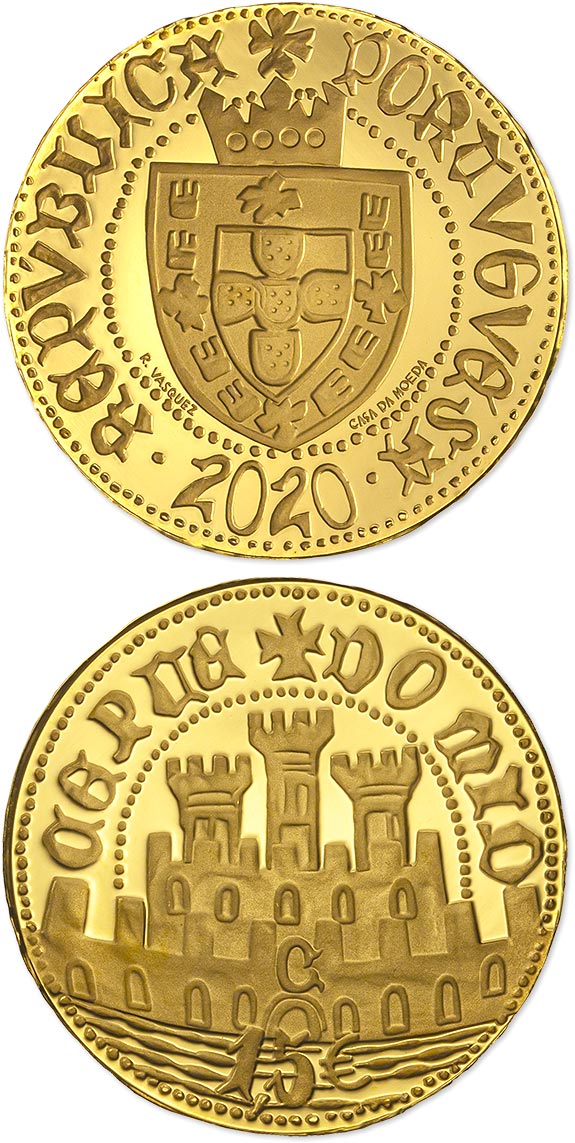 In this second Numismatic Treasures series, Casa da Moeda once again recreates some of the most beautiful Portuguese numismatic specimens in gold, due to their significance, historical and economic importance and rarity. The Ceuta Half Escudo was perhaps the first Portuguese gold coin minted in Africa, in the city of Ceuta, conquered by King John I of Portugal in 1415. Produced in the context of overseas expansion, this coin already featured clear references to the Portuguese dominance in Ceuta: on the obverse can be seen the coat of arms of the Kingdom of Portugal, surrounded around the edge by a frame on which the title “King of Portugal and the Algarves” can be read; the reverse features a walled town with three towers topped by battlements, bathed by the sea, surrounded around the edge by a frame with lettering identifying the king as “Lord of Ceuta". The recreation of this Portuguese numismatic treasure, the first in a series of five coins, is designed by sculptor Rui Vasquez.