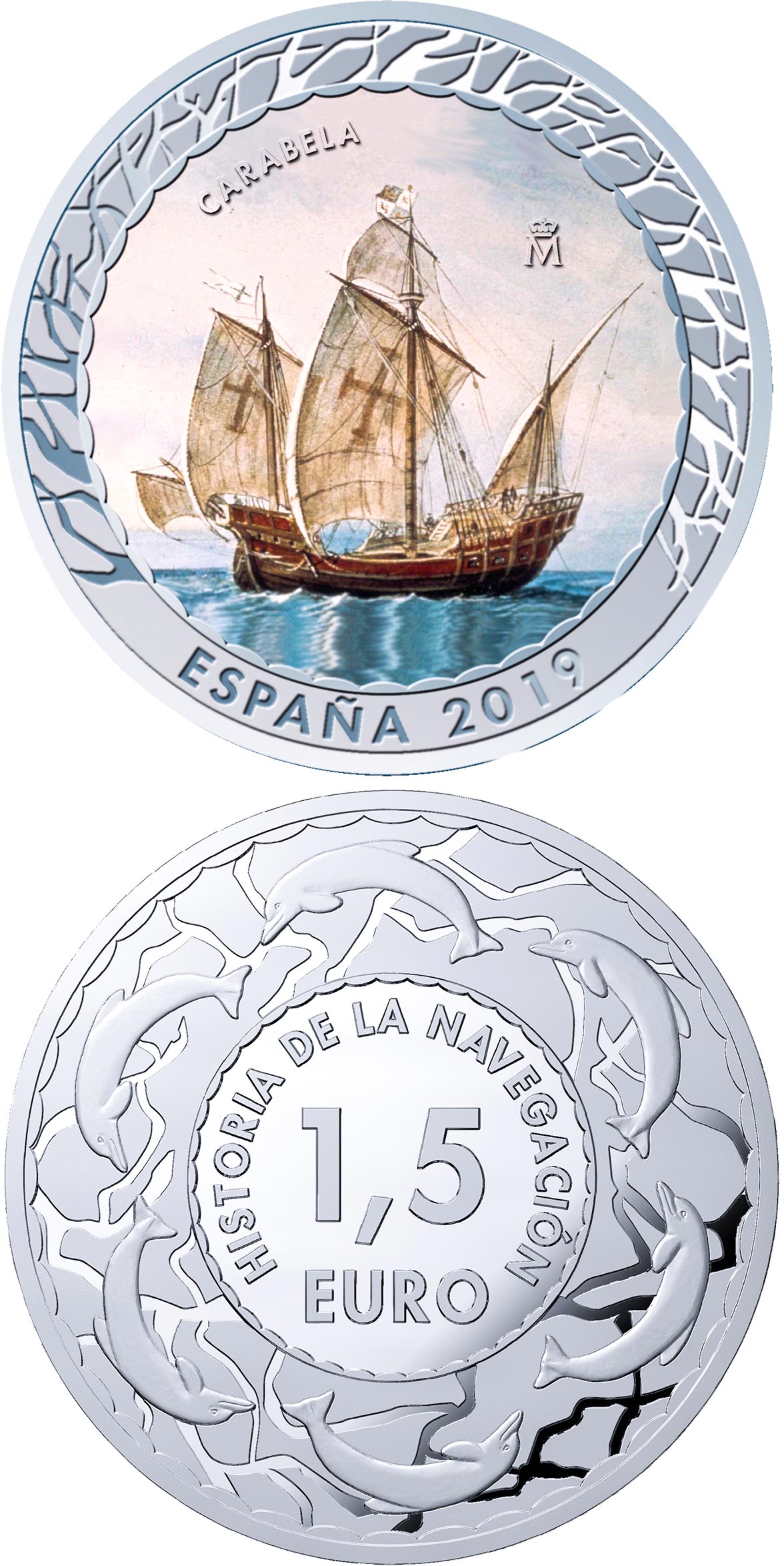 Description: In the fifteenth century, Portugal and Castile commenced their overseas expansion with the caravel. While there are some references dating back to the thirteenth century, this vessel reached its peak in the fifteenth and early sixteenth centuries. It would seem that its name derives from the Arabic gârib (carabid), used to refer to a Byzantine vessel. The Portuguese imported it from the Moslems and Prince Henry the Navigator enhanced the structure of the Moslem hull and sails with European techniques and methods. The result was a vessel which, while of the same construction as those then being used in Europe, differed in design and rigging. Powered by sails, the caravel was light, with a high length-to-bream ratio, two or three masts, a single deck and an aftercastle (there was rarely a forecastle). The incorporation of the lateen or triangular sail enabled it to be close-hauled, sailing close to the headwind while, with the square-rigged or bulging square sail, it was possible to take advantage of the tailwind. With the combination of both types of sail, a new model took shape, the square-rigged caravel which, generally speaking, displaced 20 to 50 tonnes. By the end of the fifteenth century, there were caravels with a cargo capacity of up to 200 tonnes, although the average vessel would come in at 40 to 60 tonnes. Accordingly, they were able to carry large amounts of merchandise and victuals for a sizeable crew and undertake long voyages during which their low draught enabled them to approach the coast and sail in shallow waters. Key events: The caravels were the vessels used in the Portuguese and Spanish Voyages of Discovery in the fifteenth and sixteenth centuries. After the conquest and colonisation of America, the need arose for a vessel with a greater cargo capacity and a better performance at sea. This need was met by the galleon, which gradually replaced the caravel. The best-known caravels are the Pinta and the Niña, from Columbus’s first voyage to America and later, in the seventeenth century, Nuestra Señora del Buen Suceso and Nuestra Señora de Atocha, each 80 tonnes with a crew of 40, which set sail on the voyage to discover South America.