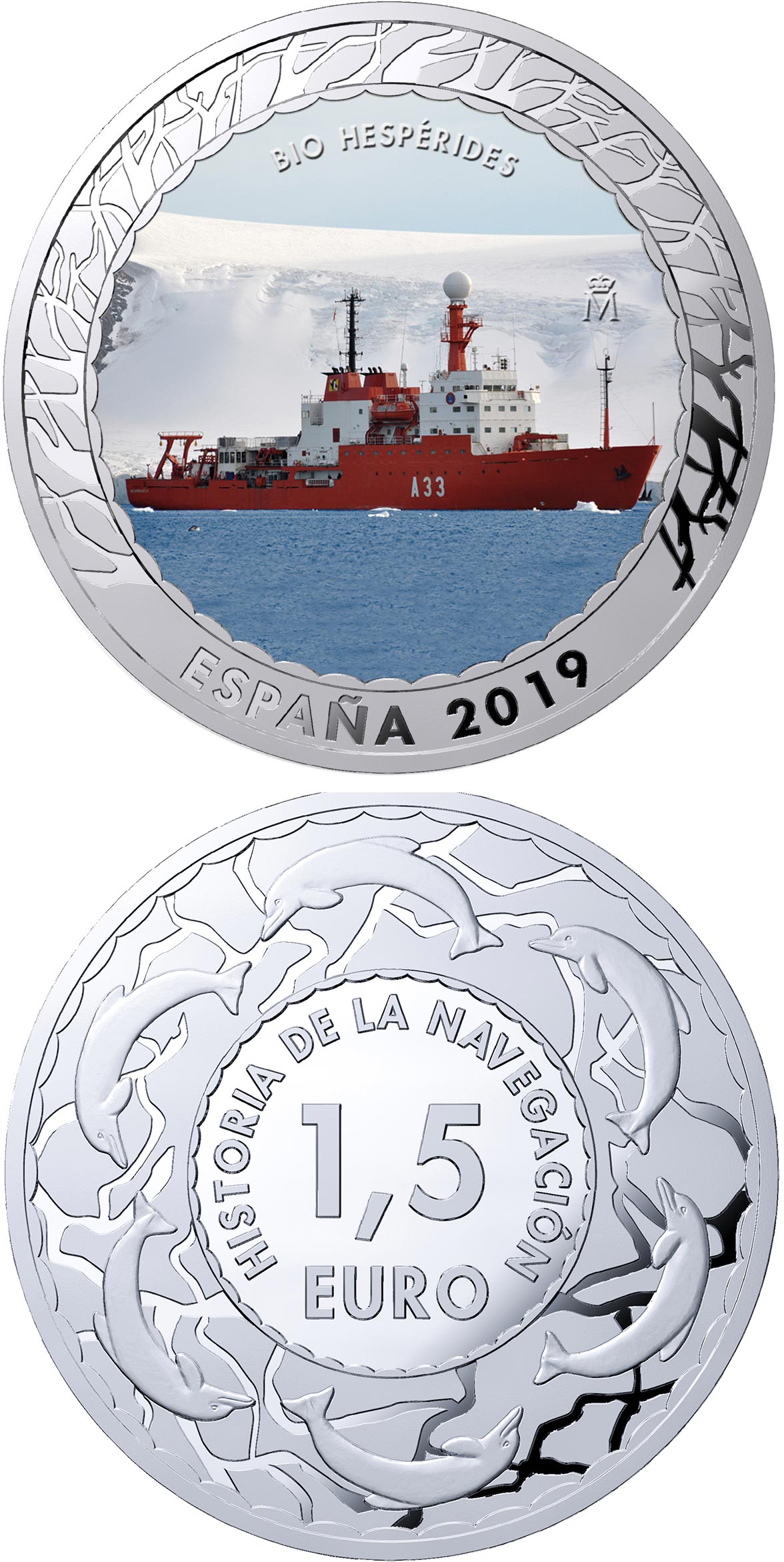 Period: From 1991 to the present day. Length: 82.5 m Beam: 14 m. Propulsion: Two INDAL electric engines, 1,400 kW. Scientific equipment: Sensors, probes, bubble gun, passive hydrophones, deep-sea permeable probe, laboratories, weather station, refrigeration and freezing installations. Description: The vessel was built at Navantia, the Cartagena factory of Empresa Nacional Bazán. Owned by Centro Superior de Investigaciones Científicas/CSIC (Higher Scientific Research Centre), it is managed and maintained by the Spanish Royal Navy at the Cartagena base. While its main mission is oceanographic research, it also acts as a logistic support vessel for Spanish scientific bases in the Antarctic; the Juan Carlos I (CSIC); and the Gabriel de Castilla (the Army). The high-resistance steel hull and the reinforced keel enable it to sail at five knots in waters where there is ice 40 cm thick. Its contours are designed to achieve a high degree of stability as opposed to speed. As a result, it has a cruising speed of between 12 and 13 knots. It is equipped with positionable rudders (Schilling Vectwin) and a four-blade propeller at the bow, powered by a 460 kW electric engine which, in conjunction with the satnav system, is able to keep the vessel stationary on the seabed. Displacement: 2,830 tonnes. Crew: 55. Accommodation for up to 37 scientists. It has a small flight deck and a telescopic hangar for light and medium helicopters. There are two cranes and four winches for deep-sea manoeuvres and for raising scientific equipment. It carries two dinghies and state-of-the-art waste treatment equipment, necessary to comply with the stringent environmental standards laid down in the Antarctic Treaty. Lastly, the vessel is fully equipped with the IT and satellite communication systems necessary for the treatment and transmission of the data collected. Key events: It is the first and only Spanish Royal Navy vessel purpose-built for oceanographic research and operations in polar waters. It has reached the latitudes of the Bellingshausen Sea and, together with the Sarmiento de Gamboa, undertook a voyage of circumnavigation in the Malaspina Expedition 2010-11, a multidisciplinary research project organised by the Ministry of Science and Technology. The Hespérides normally chalks up over 250 sailing days a year and is able to sail non-stop for up to 68 days. Although it operates mainly in the Arctic Ocean, it has also been engaged in work in the Atlantic, the Mediterranean and on occasion, in the Pacific. It regularly puts in at the Atlantic ports of South and Central America where, in addition to its usual tasks, it performs the diplomatic role of the Spanish Royal Navy’s vessels in peacetime.