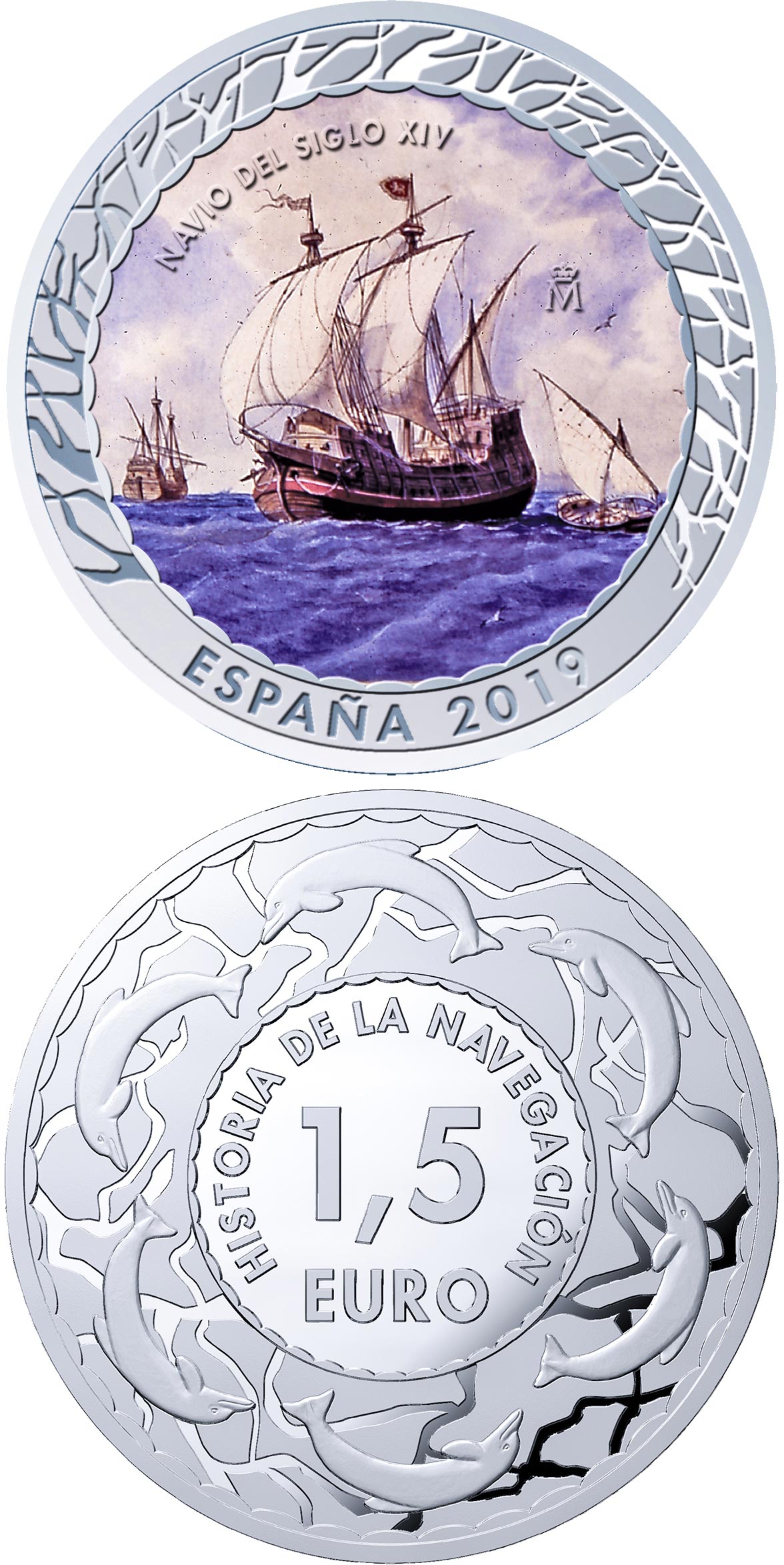 Description: In view of the activity in the Atlantic Ocean during the fourteenth century, the Europeans, not least the Portuguese and the Castilians, realised that, to sail in such deep, rough waters, more robust vessels than those used in the Mediterranean would be required. In a bid to achieve greater stability, the hulls tended to shorten the length and widen the beam, making the vessel look like a nutshell. As the vessel was powered by sails, it had one, two or, less commonly, three masts usually fitted with square-rigged sails although, in some cases, the mizzenmast would carry a lateen or triangular sail. So as to counter the effects of a swell as far as possible, the gunwale was made taller. Given that the vessel had the novel features of an aftercastle and a small forecastle, it was decided to lengthen the hull, giving the ship a distinct ocean worthy appearance. Another novel feature added in the fourteenth century was the axial rudder in the centre of the poop deck, making the vessel easier to handle. As a straight sternpost was required, the stern gradually became square-shaped, remaining so until the eighteenth century. It was also necessary to lengthen the keel. With enhanced manoeuvrability, it was possible to increase the tonnage and the loading capacity whilst adding a second deck and widening the vertical surface, thereby reducing the chances of listing and the sideward displacement of the vessel. According to some documents from the period, it was the Basques who, in the early fourteenth century, introduced this type of vessel, known to them as a coca, into the Mediterranean. The cocas used in trading by the Hanseatic League had a single mast and a square-rigged sail. With a cargo capacity of up to 200 tonnes, they differed from those built further south, on which the bow was curved and generally better adapted to the open waters of the Cantabrian Sea and the Atlantic Ocean. After the thirteenth century, a second mast was included to reinforce the spars and then a third mast, smaller than the other two. This vessel, on which the large sail on the mainmast is the principal driving force, is far more manageable. Although shipbuilding tradition and practice led to the gradual diversification and specialisation of vessels, the coca is possibly the most representative of this period. Despite the arrival of new types of vessel, such as the caravel, the nao and the galleon, the coca did not fall into disuse but continued its life, mainly as a cargo ship.